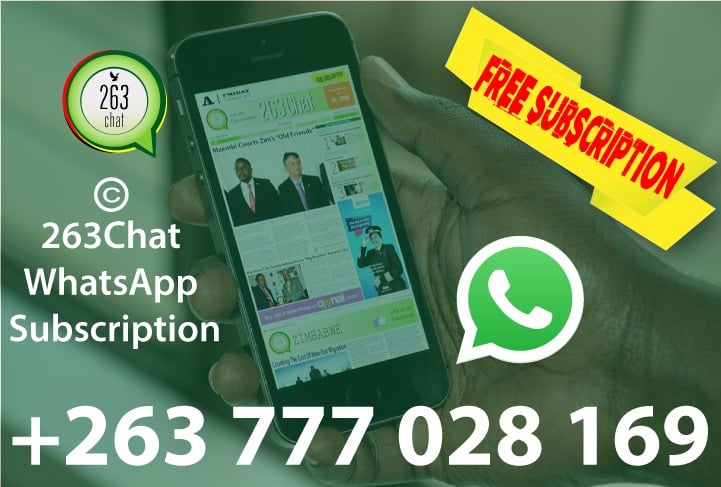 Zimbabwe’s largest online publication, 263Chat has launched an electronic newspaper distributed via the popular WhatsApp platform in what is likely to shake up the country’s media landscape.

The electronic paper (263Chat e-paper), send out daily to more than 16 000 subscribers free of charge is a first in Zimbabwe as the company is riding on the recent statistics that over 70 percent of internet usage in the country is via WhatsApp.

263Chat Chief Executive Officer, Nigel Mugamu was upbeat about his company’s latest product which he said will shake up the media industry as it will enable even those in remote to access news every day.

“We have always wanted to have a 263Chat newspaper based on the conviction that access to information should not be a privilege of certain group of people in society.

“We should not restrict anyone from accessing information, initially the idea was to print a newspaper once or twice a month and give it for free.

“So the e-paper was then born and launched three months ago to make sure news reach even the last person in society,” said Mugamu.

He added that they are also aiming at producing a weekend edition for those who will be relaxing during weekends.

“It’s free and sent on WhatsApp for those who do not have internet access to go on our website and we also did it for the majority especially young people such that they should be able to access information.

“What we are trying to achieve is to be able to arm people with information and maximising. We are a publication as well as a technology company so we try to use technology to publish news.

“We started it three months ago, we send it Monday to Friday at approximately 8 pm to over 16 500 people and the reception is very good and overwhelming on our part.

“We are exploring how we can grow it and we want to introduce a weekend edition during this quarter for those who will be relaxing during the weekend to receive something.

“We are targeting the mass market as well as small businesses who should be able to get affordable advertising space while reaching out to a wider audience,” added Mugamu.

He added that, “I read statistics somewhere that in 2016 that over 70% of the internet in this country is used for WhatsApp so we noticed that it’s a powerful social media tool and we decided to share news with it.”