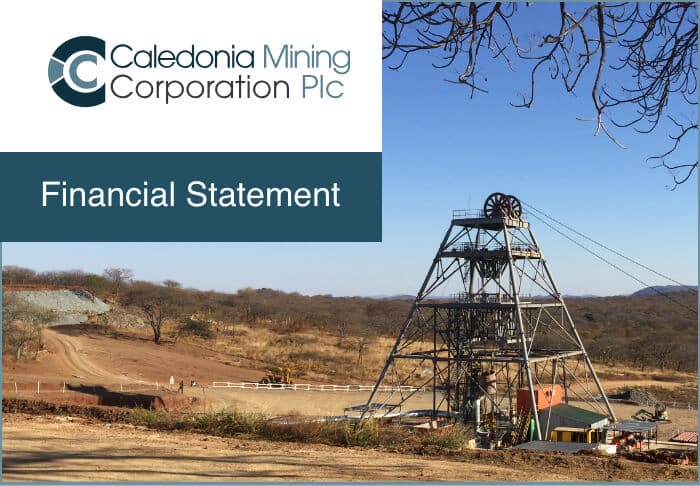 New York Stock Exchange Listed miner, Caledonia Mining Corporation which owns Blanket Gold Mine in Gwanda has announced an increased quarterly dividend of US$0.13 on each of the Company’s shares riding on positive outlook  for the business.

This represent an eight per cent increase from the previous quarterly dividend of 12 cents that was paid in April 2021.

The mining giant this week announced that it has embarked on the process to list on Zimbabwe’s secondary bourse, the Victoria Falls Stock Exchange (VFEX) as it seeks to cement operations in the local market.

It its latest financial update, the company’s CEO, Steve Curtis said the increase is reflective of the board of directors’ confidence on potential output of the recently commissioned central shaft at Blanket Mine.

“We are pleased to announce an additional eight per cent increase in our quarterly dividend, the sixth increase in the past two years. This represents a cumulative 89 per cent rise in the dividend since the first increase in October 2019. The decision by the Board to increase the dividend reflects our continued confidence in the outlook for our business.

“With the Central Shaft now in operation, the anticipated combination of rising production and declining capital investment gives us confidence to further increase the dividend payment in addition to providing funding for investment in new projects, including the exploration prospects at Glen Hume and Connemara North, as announced at the end of 2020.”

Meanwhile, the company had a record production of approximately 16, 710 ounces of gold during the second quarter ended 30 June 2021. This represents an increase of approximately 23.8% on the 13,499 ounces produced in the corresponding quarter of 2020.

The group is expected to finalize listing on the VFEX later this year.

“Securing the VFEX listing is expected to take place during the course of 2021 and would be effected by a placing in Zimbabwe of depositary receipts to raise approximately US$3 million (to satisfy the requirements for local shareholder spread) and a subsequent introduction,” said the company

How I first met Sir Richard Branson – By Strive Masiyiwa