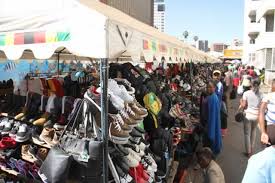 Cross border traders have pleaded with the government to reopen the Beitbridge border post which provides gateway into neighboring South Africa citing that its continued closure puts livelihoods that largely depend on trading from the southern neighbor at high risk of poverty.

The call comes after South Africa re-opened its side of the border making it impossible for traders to access passage.

The president of the Zimbabwe Cross-Border Traders Association, Killer Zivhu in a statement said cross border traders have since fallen on hard times.

“South Africa reopened its border with Zimbabwe last Monday, but Zimbabwe, whose informal traders survive through buying from the neighboring country for resale locally, is still to reciprocate,”

Cross-border traders were the most affected by the COVID-19 lockdown as borders were completely closed for human traffic except those under the essential services category.

“As cross-border traders, we ask that we be added to the category of those who are allowed to go and shop after producing our COVID-19 test results within 72 hours and come back within the same period,” Zivhu said.

“We want them to go to Musina and come back within the same period. The main problem we are having is that most of the cross-border traders, as schools are about to open, can’t afford to send their children to school,”

Zimbabwean borders remain closed for general human travel and the lockdown regulations as announced by the Government are yet to be relaxed at the entry points despite other countries starting to reopen.

There was hype among the generality of Zimbabweans, particularly the cross-border traders when South Africa announced the reopening of its borders to tourists and travelers effective today but the joy quickly vanished after local authorities indicated Zimbabwe was not yet ready to welcome visitors.

South Africa announced that Beitbridge Border Post, which was part of the 18 inland ports of entry, which were partially operational, will be fully operational while 35 border posts currently closed will remain so.

Masiyiwa returns to Nigeria with a $100m Data Centre facility