Fly Africa back on the radar with regional flights 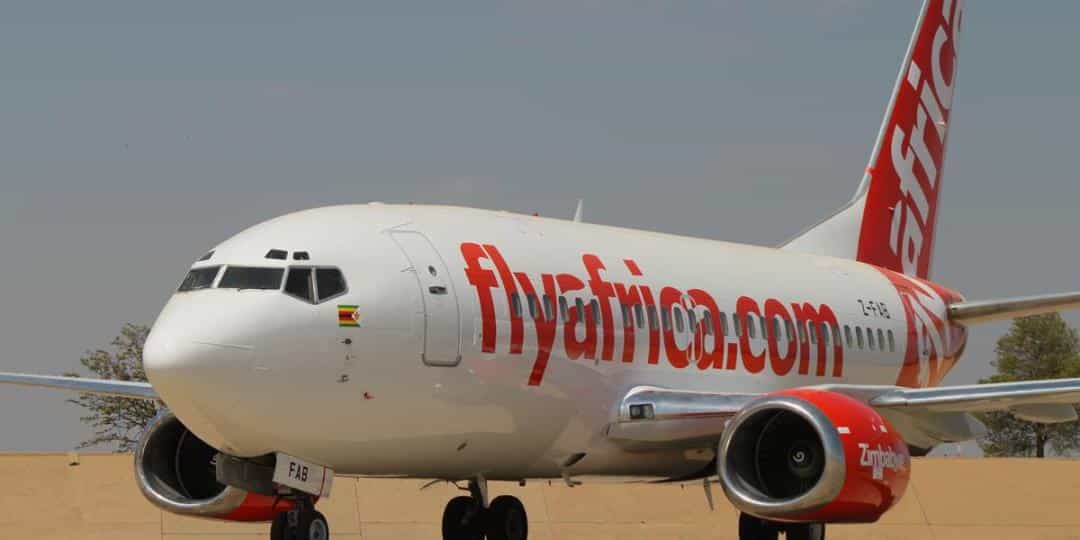 Low-cost regional carrier, Fly Africa – which launched in 2014 but struggled to stay in the air due to a number of challenges, including an alleged fraudulent partner in Zimbabwe and failures to obtain operating licences – is back on the radar as Fly Africa Zimbabwe.

Since relocating its head office from South Africa to Zimbabwe, Fly Africa Zimbabwe is now 100% Zimbabwean owned, according to Chairman, Cassidy Mugwagwa.

He was quoted in the state-owned Zimbabwean newspaper, The Herald, as saying the airline had overcome a myriad challenges to resume operations.

Tourism Update understands from a number of news reports, that after launching its first route between Victoria Falls and Johannesburg in July 23, 2014, the airline suspended flights in 2015 due to various operational issues that it now says have been resolved following a change in management.

According to Mugwagwa, the airline will resume flights on June 15, following the commissioning of a Boeing 737-500 at the Robert Gabriel Mugabe International Airport in Harare earlier this week.

The company is expected to take delivery of two more B737-500s in three weeks that are currently in South Africa undergoing maintenance checks. Another one is expected by the end of the year.

Mugwagwa told The Herald that the plan for the airline was to spread its operations throughout the SADC region and own eight aircraft in five years’ time.

When it resumes operations in June, the airline will service the Harare-Bulawayo-Victoria Falls route and the Harare-Johannesburg-Cape Town route.

Acting Permanent Secretary in the Ministry of Transport and Infrastructure Development, Allowance Sango, pledged Government support to ensure the success of the airline, noting that this would boost Zimbabwe’s profile as an  investment and tourism destination.