Inclusion of Men in Women’s Movement, a No for Gender Activists 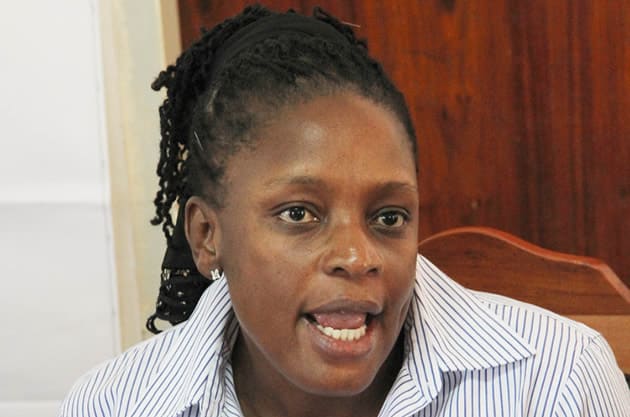 Gender activists have refused to work with men in the women’s movement saying those who wish to do so should do it in their own space.

Speaking at International Women’s Day dialogue, Chairperson of the Women and Youth Parliamentary Portfolio Committee, Priscilla Misihairabwi-Mushonga refuted having men in the women’s space stating that they can fix the issues from where they are instead of invading the female space.

“If a man can see injustice, support it by stopping someone who is beating up another woman, making sure old men don’t marry young girls but don’t come and tell us that the few spaces that we have created to have safe conversations among ourselves have to be opened up to all men that are coming,

“I am also currently dealing with why with optics don’t matter with young women, men get excited about young men in positions, why do we have problems with convincing other women to vote for each other. It is supposed to be natural,

“It’s like women want to reminded about this movement started, protesting against injustice, when a boy is whistling is a girl in a mini skirt that should immediately click that its abuse so male inclusion is out,” she said.

Communications, Gender and Development expert, Virginia Muwanigwa concurred with Misihairabwi saying most of the funding goes to men and if they wish to be part of the movement they can begin from the spaces they are involved in.

“As women we tried to be active in the mainstream and were pushed out, so if our brothers are committed to working for gender equality they can do it from the mainstream than coming to the women’s movement,

“Men have more chances of getting money from where they are to address the gender inequalities in the mainstream,

“Research says that only 10% of funding goes to the women’s movement so it is already crowded, so if they use the 90% in the mainstream for their programs there will be lots of progress,

“If your gender mainstreaming does not seek to undo the inequalities you are not doing anything, we will need to see that you have been moving towards righting the wrong that was there,” added Muwanigwa.

However Padare Programme Officer, Jonathan Chindewere said as a men’s organization they have been working on educating men and now have male advocates reporting gender based violence cases and that is an achievement.

“What we have done as Padare is working with men and boys in rural and urban areas and the ultimate beneficiaries of our work are women and girls,

“The achievements we can celebrate are that we now have male advocates who are reporting cases of domestic violence, rape, girl pledging, forced wife inheritance. Our communities have upped the game in reporting these cases,” he said.

Meanwhile women still face structural abuse and the system of human rights needs to be fought by both men and women.