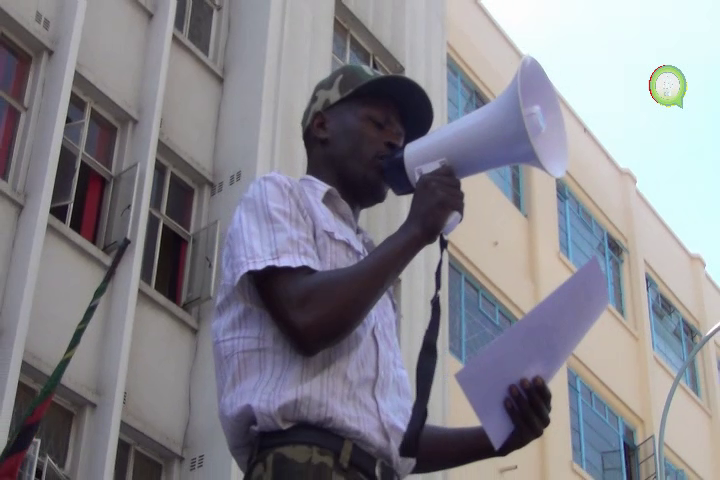 Gweru Magistrate Charity Maphosa has freed MDC Alliance Youth Chairperson and Member of Parliament for Highfield West, Happymore Chidziva on $200 bail following his arrest yesterday on allegations of inciting public violence in the run up to the 30 July harmonized elections.

Chidziva’s lawyer, Jeremiah Bamu of the Zimbabwe Lawyers for Human Rights said his client was charged with inciting people into violence that turned bloody on the 1st of August.

“He is charged with incitement to commit public violence,” Bamu said.

Bamu revealed to 263Chat that Chidziva was granted a $200 bail and is expected to report once every fortnight at Machipisa police station in Highfields, to reside at his provided address and not to interfere with state witnesses.

Andrew Marimo prosecuted on behalf of the state.

Chidziva’s will be back in court on the 27th September 2018 for routine remand.

In Harare, another MDC Alliance party youth leader, Chamunorwa Madya, the Deputy Secretary-General for the MDC Alliance party Youth Assembly and Mafaiti Mubaiwa, who is employed as a security personnel at the opposition party headquarters were set to appear at Harare Magistrates Court, answering to charges of contravening section 36(1)(a) of the Criminal Law (Codification and Reform) Act.

ZRP officers, who arrested Madya and Mubaiwa on Monday 03 September 2018, accused the duo of committing public violence after they allegedly participated in a demonstration held in Harare early in August to protest ZEC’s management of the July 30 harmonised elections.

Madya and Mubaiwa, who were represented by Nontokozo Dube-Tachiona and Gugulethu Mahlangu-Simango of ZLHR, were expected to be set free on bail too.

Is Stunner’s Relevance Hanging on “Swag” and Scandals Thread