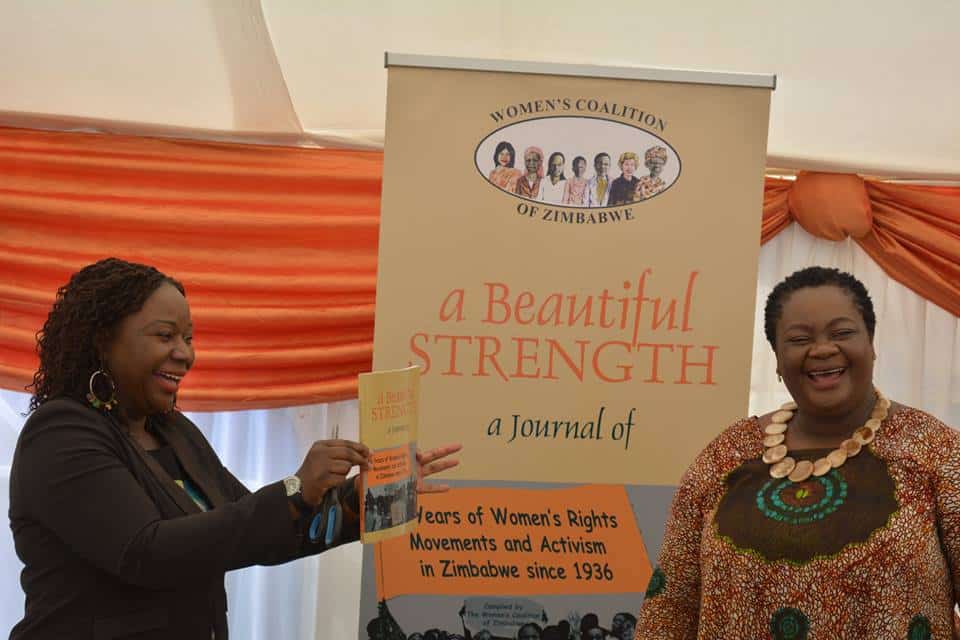 Women’s Coalition of Zimbabwe has launched a new book titled “A Beautiful Strength, A journal of 80 Years of Women’s Rights Movements and Activism in Zimbabwe since 1936” to document women’s struggles and achievements recorded in their quest to have their rights recognized in society.

According to Professor Rudo Gaidzanwa, one of the co-editors the book documents the history of women movements in Zimbabwe highlighting their achievements and is a significant departure from existing literature on gender relations and equality of sexes.

“Aim of the book was to document the history of the Zimbabwean Women’s Movement and highlight the achievements and activities,” said Gaidzanwa.

She noted that the history of Zimbabwe is silent on the contribution of women to liberation of the country despite the fact that their narrative is important.

Women’s Coalition of Zimbabwe Coordinator, Sally Ncube stressed the importance of women’s contribution to the liberation of Zimbabwe adding that they should be included in any literature to do with the struggle for independence.

“History of Zimbabwe is silent about the contribution of women to the liberation struggle,

“Histories of women are also part of the narrative and should be included in the literature,” said Ncube.

Women have worked hard to be where they are today and pushed WCOZ to launch a journal, stating every step that was taken.

Ronika Mumbire, Vice President of the Women’s Coalition of Zimbabwe said positive steps have been recorded with women now recognized in the new constitution while they also participated in the drafting of the new charter.

She added that WCOZ faced a few challenges in publishing the journal saying there was little recorded and documented files to use in the writing of the journal calling for the digitization of the book to allow it to be accessed by people from every corner of the country and the rest of the world.

“Getting people to write and reflect on what they have gone through was a bit of a challenge,

“Another negative factor was people did not have recorded and documented files therefore lots of persuading was done,

“We therefore hope to digitalize the journal and urge people to document every event and memory for future use,” said Mumbire.