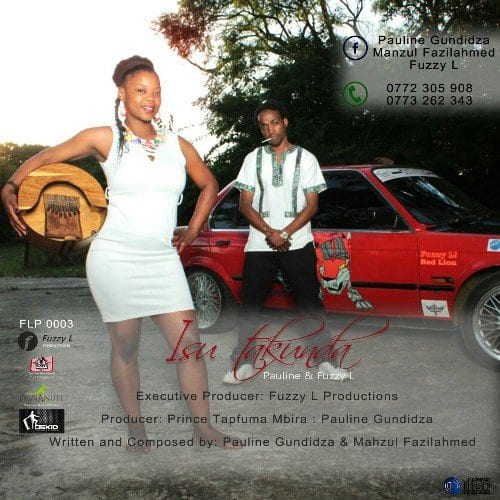 The two comedians whose real names are Rolland Lunga and Admire Kuzhangara respectively were masters of ceremony at the HIVOS stand and their jokes and dance routines during Pauline’s performance left the crowd in stitches with their jokes.

Pauline who was recently at school learning to play mbira said she enjoyed her experience at the Music Crossroads.

“My desire to play mbira made me attend some mbira lessons at Music Crossroads which was the best experience of my life,” said Pauline.

She added that her commitment to work made life easy for her at the music school as she knew her goals what she wanted to achieve.

“When we first arrived, we were taught to play the a popular song and for others it was not easy and for to me it was not that hard because I am already in the music industry plus I knew what drove me to school” she said.

“After our first assignment, everyone was now able to play that song and we were assigned to go and write our on song and start to play mbira, which I managed to do it without failure as I enjoyed it” added the former Mafriq front lady.

She added that she wrote a song titled Musango which she dedicated to all students who go to school to achieve their goals.

#263Tech: How to Recover your iMac or MacBook Password