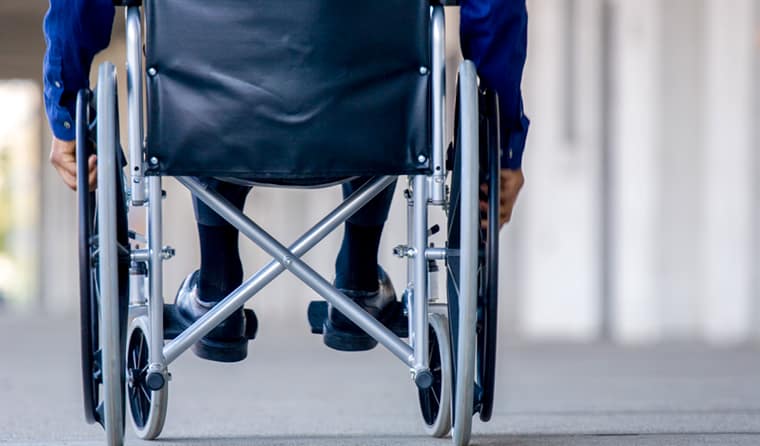 People with disabilities have welcomed the National Disability Policy (NDP) recently approved by government which they said is a positive step in changing the disability discourse in the country.

In an interview with 263Chat, Founder of Signs of Hope also Board member for Deaf Women Included, Samantha Sibanda said PWDs welcome this move and appreciate the conversations around disability that were done to draft the policy.

“As the disability fraternity, we welcome the approval of the policy as the policy speaks to a culture that we want to have as a nation. We welcome the move and I appreciate that there was a certain process that was done into drafting a nation policy that can guide people in what they want to achieve,” said Sibanda.

Sibanda said PWDs appreciate that Ministers sat in Parliament and talked about changing the disability discourse in Zimbabwe.

“As Signs of Hope, we are pushing for non-discrimination and normalizing conversation around disability on how we can make PWDs part of the national development. So with the policy now, we can achieve what we want and that’s inclusiveness,”

“With the Advent of the United Nations Convention on the Rights of People with Disabilities, we can see the direction that the disability rights discourse is now being accepted. It’s now a rights based model instead of a charity or medical model.  They are no longer talking about how much aid they can give but how they can empower PWDs, how we can deal away with discrimination in our country,” she added.

Sibanda condemned the government strategies they are being implemented which view PWDS as people who need aid all the time and sometimes put under medical as if to say disability is sickness.

“National Development Strategy (NDS1) that was announced by Mthuli Ncube has a lot missing especially around empowering PWDs and it’s a five-year strategy then you wonder how will PWDs survive when they are only being mentioned when it comes to social security so we need those conversations around disability in our communities up to policy making levels,”

In an interview with 263Chat, the Director for Albino Trust of Zimbabwe, Bruce Nyoni also welcomed the National Disability Policy.

“The approval of the National Disability Policy is a step towards progress and we appreciate that we have been remembered by the government after a long time of advocacy. We look forward to its implementation,” said Nyoni.

Briefing the media yesterday, Minister of Information, Publicity and Broadcasting Services Minister Monica Mutsvangwa said the policy was put in place to deal with marginalization and discrimination of persons with disabilities.

“The National Disability Policy seeks to address the marginalization and discrimination of Persons with Disabilities empower them to improve their own quality of life and enable them to contribute towards the national development agenda.

“It sets standards for the inclusion of Persons with Disabilities in all facets of life, thereby serving as an overarching policy framework on disability across all sectors, including the public, private and development sectors. Approval of the policy will pave way for the drafting of the Bill in line with the country’s Constitution,” said Mutsvangwa.

The policy was crafted as a measure to assist in domesticating provisions of the Convention on the Rights of Persons with Disabilities which Zimbabwe ratified.

It is estimated that about 1,4 million people have some form of disability in Zimbabwe.