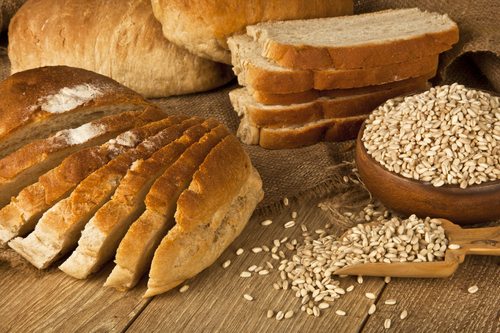 Zimbabwe will soon face bread shortages following delays by the Reserve Bank of Zimbabwe to allocate foreign currency towards the procurement of wheat from European suppliers.

According to a source,some millers have suspended operations owing to critical shortage of wheat as the RBZ stalls on settling payments to wheat suppliers who have threatened to divert stocks currently held at Beira port in Mozambique.

In a leaked letter that was directed to the Grain Millers Association (GMAZ) chairman, Tafadzwa Musarara from the group’s General Manager Lynette Veremu, national wheat supply has severely deteriorated to low levels against the required stock levels.

“The national wheat supply has severely deteriorated to low levels since 2005,the available stocks are 28028.116 against a required minimum national three month stock level of 114.000 metric tonnes.

“The current monthly national requirement is 38.000 metric tonnes,” reads part of the letter.

Veremu also mentioned that no remittance has been made despite commitment made by RBZ Governor John Mangudya on 28 August 2018 hence one of the suppliers threatens to divert stocks to be delivered in Zimbabwe.

“Reserve Bank of Zimbabwe is yet to remit the USD 12.450.000.00 to the wheat supplier,Holbud Limited (UK) and the GMAZ’s Ecobank Wheat account is adequately funded.

“No remittance has been made despite commitment made by RBZ Governor on 28 August 2018,Holbud limited has grown impatient and threatens to divert stocks currently at Beira to Mozambique and Malawi Millers,” she said.

Meanwhile millers are feeling sidelined saying despite wheat and fuel are being in category 1 of the Reserve Bank of Zimbabwe in terms of foreign payment remittance priority list, they are not getting anything for the entire national monthly requirements.

“With respect, wheat and fuel are both in category 1 of the Reserve Bank of Zimbabwe foreign payment remittance priority list.

“Self raising flour has disappeared in many shops nationwide.Small bakers are stocked out.

“I strongly recommend that you alert the powers that be of this predicament as the country is fast plunging into severe flour and bread stock outs in the next few days,” she said.

An unnamed source close to one of the wheat suppliers told 263Chat that RBZ has an outstanding payment to Holbud Limited for the maize supplied in 2016 hence the refusal to accept guarantees from the central bank.

“Our bankers will not accept the RBZ guarantee for payment since they have an outstanding of USD12.242.025.48 payment to us for the maize supplied in 2016,the payment for which was promised in June 2017 but yet to receive.

“We had been promised several times several times but till date payment have not been received making our position with our bankers very bad even though we were the only company to fulfill the commitment  by bringing around 300.000 metric tonnes during the drought period and avoiding a shortage of maize in the country,”revealed the source.