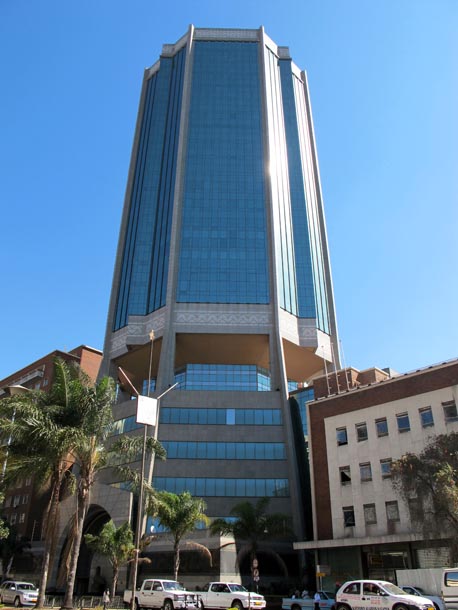 Local businesses have questioned the autonomy of the Reserve Bank of Zimbabwe (RBZ) as confidence in the central bank continues to weaken amid suspected state capture.

The recent exchange rate spike, strongly linked to an increase in reserve money in the economy has left monetary authorities exposed of their insincerity to keep money supply capped.

The floating of Treasury Bills to finance unspecified government operations further creating excess money in the economy has also raised the ire of business stakeholders.

“Government must desist from utilizing the RBZ as the source of their borrowing and the RBZ must not create or print money to fund the fiscus. Government must borrow from the open market just like anyone else,” Employers’ Confederation of Zimbabwe (EMCOZ) president, Israel Murefu told delegates at the recent Political Actors Dialogue summit.

“The RBZ must also move away from any quasi-fiscal activities because these activities also create money. It must focus on its mandate in terms of the enabling act, the RBZ act,” he added.

Recently, the RBZ Financial Intelligence Unit has been making observations of suspicious transactions of companies and individuals who have somehow turned out to be politically backed yet there hasn’t been any tangible action taken outside having their accounts suspended for a day or two before they are re-opened.

Economic analyst, Victor Bhoroma recently wrote that in some instances the Central Bank being used as a vehicle to drive political motives ahead of its core business as a financial regulator.

“There is a strong case for the independence of Zimbabwe’s central bank considering the harm caused by excessive money printing and conflation between monetary policy and government policy for short-term political motives. The central bank should concentrate on regulating the financial services sector and creating an environment that banks can thrive, while maintaining low inflation levels,”

“Conflict of interest is now rife with the central bank engaged in quasi fiscal activities such as structuring fuel deals and printing electronic money to plug the government budget deficit while at the same time trying to control growth in money supply through increasing interest rates and printing limited amounts of notes and coins,” Bhoroma said.

In the past the RBZ has printed excess money to finance some of its quasi-fiscal initiatives outside its mandated functions which spelt disastrous effects on the financial market.

The Agricultural Sector Enhancement Productivity Facility (ASPEF) and Operation Maguta in 2005, the central bank’s Parastatals and Local Authorities Reorientation Programme (PLARP, the Farm Mechanization Programme in 2007, the Basic Commodities Supply Side Intervention (BACCOSSI) in 2008 and more recently the bank was used to finance Command Agriculture.

Most of the loans disbursed to farmers in most of the programs have not been repaid up to this date.