Report Shows The Gun Is Leading Politics in Zimbabwe 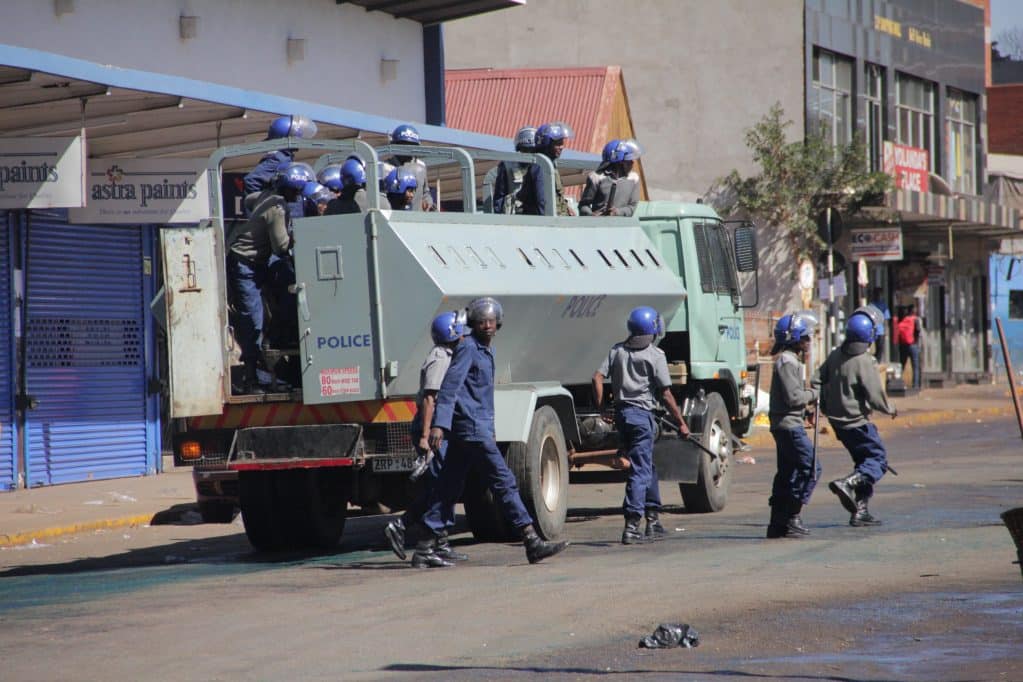 Human rights pressure group, the Zimbabwe Peace Project (ZPP) says human rights violations are on the increase ahead of the 2023 elections with the gun already in charge.

In a monthly report for May, ZPP says the ruling Zanu PF party contributed much of the violations with the Zimbabwe Republic Police (ZRP) closely following.

“Guns represent war, conflict, destruction and death and in Zimbabwe, the gun had led politics instead of the reverse. This month (May), we witnessed and reported that there has been an upsurge in political activities and with it, there has been an increase in the violation of civil and political rights.

The report accused the ZRP of favouring the ruling party by authorising the staging of political activities.

“What this means is that the gun – or rather violence – continued to dominate the political space as the country heads for the 2023 elections. The ZRP, which has played the role of enabling the selective application of the law in favour of the ruling party, ensured that only Zanu PF political party activities took place.

“For example, on 22 May 2021, MDC Alliance officials intending to conduct their clean up exercise in Mutare were confronted by police officers from the Police Internal Security and Investigation (PISI) department who ordered the meeting to end while in Harare, police arrested opposition politician Jacob Ngarivhume as he conducted a cleanup exercise in Mbare.

“The police’s reluctance to arrest Zanu PF affiliated perpetrators of crime and human rights violations continued with one of the major cases being that of the assault of an MDC Alliance supporter by Zanu PF activists at Jairos Jiri Shopping Centre in Rimuka, Kadoma,” said ZPP

The pressure group adds “In essence, two years before the election, the human rights violations are already escalating and this only proves that once again, the gun is in charge.”