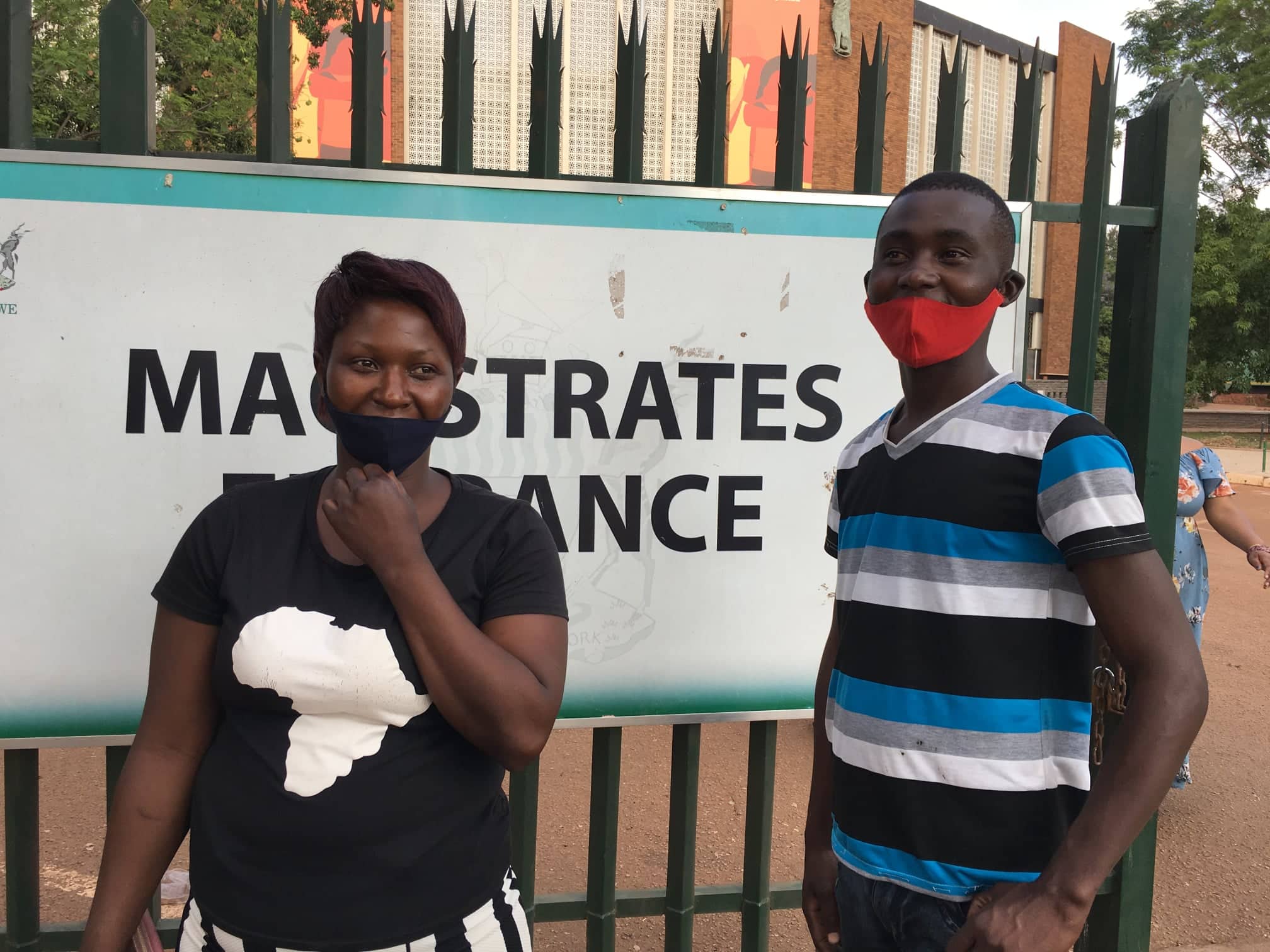 Terrence Manjengwa and Tanyaradzwa Ziwaira were arrested on charges of disorderly conduct as defined in section 41(a) of the Criminal Law (Codification and Reform) Act.
They were accused of singing a protest song denouncing the incarceration of the opposition party legislator.

In court, prosecutors claimed that Manjengwa and Ziwaira acted unlawfully by singing a song with the lyrics “siyanai naye Sikhala munomuvengerei” which when translated means “leave Sikhala alone” and uttering the words “Sikhala ngaabube” (free Job Sikhala now).
However, Harare Magistrate Tendai Muchini recently removed the two from remand after the State failed to avail witnesses for trial to commence.

They were represented by Webster Jiti of Zimbabwe Lawyers for Human Rights (ZLHR).

Sikhala was arrested after going into hiding in July last year as State security agents were hunting for him on accusations of inciting violence and organizing the foiled July 31 protests.

Meanwhile, Harare Magistrate Barbara Mateko last week exonerated a trio of Terrence Manjengwa, Blessed Changara, and Barnabas Gura who were arrested on charges of unnecessary movement during the national lockdown as defined in section 4(1)(a) of the Public Health (COVID-19 Prevention, Containment, and Treatment) (National Lockdown) Order Statutory Instrument 77/2020.

They had again been arrested while following Sikhala’s court proceedings.

Report Shows The Gun Is Leading Politics in Zimbabwe

‘Remain Vigilant In Fight Against COVID-19’

Waverly Empire Battle Rages On, Daughter In Hot Soup For…

Rights Group Challenges Police Use Of Teargas, Spikes On…