SADC Leaders To Put A Rubber Stamp on Mozambique Conflict 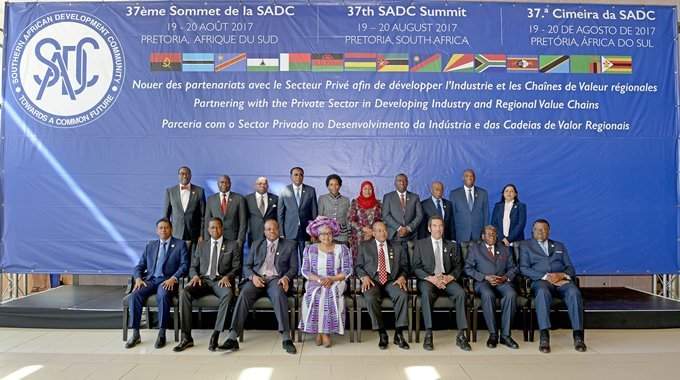 The conflict in Mozambique lies in the hands of African leadership. It’s their mandate to promote peace as per their Defence and Security protocol and have a resolution for peace to prevail. Of worrisome , wherever there is political instability and civil wars in e have rebels fighting Africa, the western countries are involved all the time. That scenario was witnessed in DRC, Lybia, Syria and currently in Mozambique just to mention a few.

One should wonder why wherever there is precious resources in Africa there is insurgents fighting? Who are the sponsors of those rebels with modern weapons more than what African governments have?

In DRC there are strips and runways in the jungle being used to smuggle precious minerals and supplying weapons to rebels by the western countries.

Relatedly the same scenario is in Palma. The rebels are funded and supplied by the west who are after the exploitation of African resources. This will force Yusi government to render awards to them Western, who are hyena’s in sheep skins for pretending to promoting peace in Mozambique while they have a hidden agenda. The rebels will only be defeated when gas projects are benefiting the west.

The same west will order cease fire through cutting supplies of arms, ammunition and grenades that will result in peace with the intention of claiming the Europeans or American intervention has brought peace in Africa nations while all these are their beneficiary tactics.

The moment African nations try to relieve Europeans and Americans interventions in peace restorations, insurgents will emerge again just to cause instability so the imperialist will be part of the stake holders that must be included in restoration of peace in Africa and later be awarded with the rights to be the beneficiaries of Africans resources.

It is high time SADC should open the eyes and ears to be ahead of the enemy plans. AU and SADC should have voice on issues affecting their regions. The purpose of regional integration a would be rendered useless if they fail to intervene in Mozambique conflict. Now all eyes are on SADC and AU. However it’s high time Africa proves their sovereignty.

Africans especially AU and SADC have differentiate responsibility but when it comes to peace it’s their mandate. Westerns have rendered Africa a tragedy of the commons to themselves.

Remember, the same Western countries label themselves as the mother of all democrats vice versa they are promoting conflicts through funding rebels. African leaders should should prioritise cooperation to achieve peace and stability rather than depending on the former colonies.