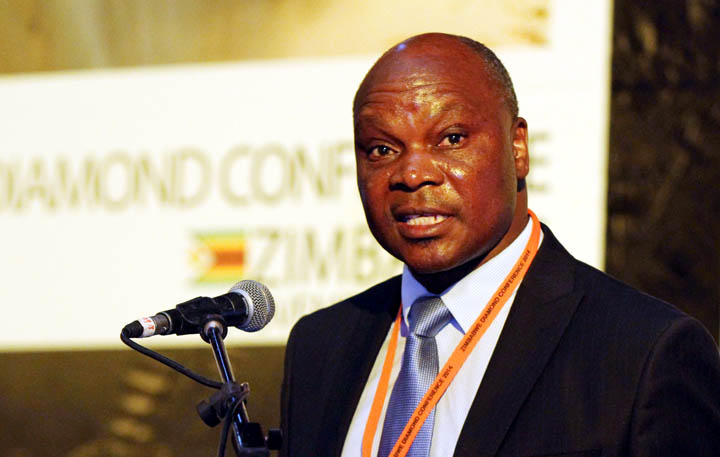 The state yesterday turned a deaf ear on the Former permanent secretary in the Mines ministry, Francis Gudyanga who was seeking for a separation of trial in a matter in which he is jointly charged with the former Mines minister Walter Chidakwa for criminal abuse of office.

Prosecuting, Michael Chakandida of the President Emerson Mnangagwa’s special prosecuting unit told Harare magistrate Nyasha Vitorini that the state is not considering separating the trial of the two accused persons since the charge is linking them together.

Chakandida said he will not be trying the two separately following a request by Gudyanga’s lawyer, Norman Mugiya to have his clients record pulled out to enable his trial to start as he does not have pending matters at the High Court like Chidhakwa.

The State is of the case that in May 2015, Gudyanga, who was the permanent secretary in the Ministry of Mines and Mining Development, thus being a public officer, received appeal correspondence from Ronald Mugangavari against a determination by  C. Phiri and T. Paskwavaviri, the provincial mining commissioners for Masvingo and Midlands, respectively over a claim ownership case.

The appeal was allegedly in connection with the mine claim ownership dispute between Midway 21 Gold Mine, owned by K & G Syndicate represented by Herbert Hwekwete, and Clifton 15 Mine owned by one Mugangavari.

The dispute allegedly involved issues to do with the mine boundaries.

Chidhakwa and Gudyanga, acting in common purpose, with full knowledge that they did not have jurisdiction to deal with such an appeal, allegedly nullified the determination in favor Hwekwete.

The court heard that according to the Mines and Mining Act, appeals against a determination by a mining commissioner are handled by the High Court.

The alleged unlawful decision by Chidhakwa and Gudyanga on the appeal resulted in Mr Mugangavari unlawfully returning to the mine to continue mining.

On July 4, 2017,  Mugangavari allegedly attempted to kill Hwekwete, the co-owner of K & G Syndicate, when he shot him together with his cousin, Robert.

The shooting, the court heard, took place after the two had visited the mine.

Mugangavari allegedly continued to deny the rightful owners access to the mine on the basis of the determination by Chidhakwa and Gudyanga.

Magistrate Vitorini  rolled over the matter to April 15.