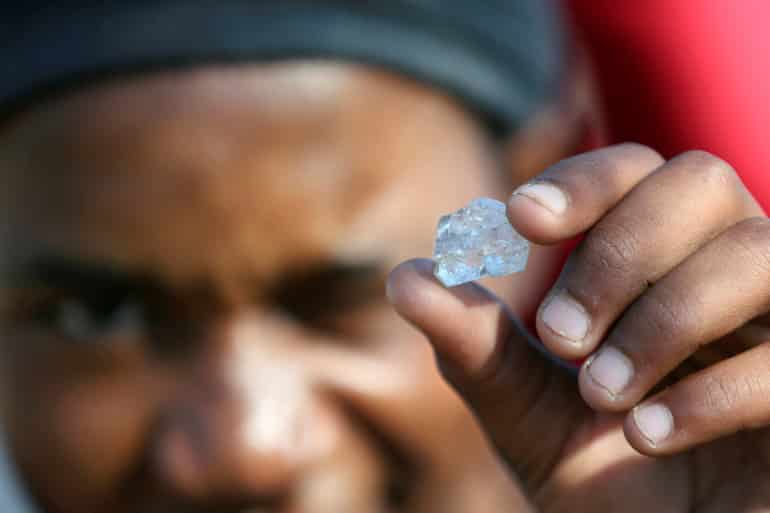 MUTARE- Pressure groups in the extractive sector are rattling world powers over its unwavering stance against trading of blood diamonds, as states led by China continue to derail diamond trade reforms under the Kimberly Process (KP).

The KP Intercessional meeting, a half-yearly gathering of KP Participants and Observers conducted last week virtually due to COVID-19 restrictions reportedly degenerated into an embarrassing spectacle.

In a communique, the KP Civil Society Coalition (KP CSC) says several participating countries could not stand public condemnation for continuing to derail discussions on addressing the KP’s failings.

Shamiso Mtisi, the KP CSC coordinator was even heckled by Chinese officials for calling out that KP-certified diamonds continue to fuel violence and human rights abuses.

The Chinese delegation was vocal and even attempted to stop the speech by repeatedly interrupting Mtisi who is also deputy director of Zimbabwe Environmental Law Association (ZELA), upon failing the delegation left the closing session.

China was called to order, for its brazen attempt to muzzle civil society, by the European Union, the United States and the World Diamond Council which intervened to stress the CSC’s freedom of speech

“While the KP Civil Society Coalition (KP CSC) does not have high expectations of this process that has been blocked for years, the meetings proved to be a particularly sad spectacle,” said Mtisi.

KP CSC said reluctance of states to facilitate robust reforms was exemplified by three key topics that were tabled for discussion beginning with the proposal by the Russian Chair to update the KP’s outdated conflict diamond definition.

The import of the proposals was lost on opposing states and ‘were wasted by the filibustering of those opposing reform’ said KP CSC.

The half year meet also discussed a proposed Declaration of Principles for Responsible Diamond Sourcing, which KP CSC said was diverted to ensure that ‘its potential adoption would be non-binding and would by no means have any practical implications for KP participants.’

On the Central African Republic, which has been under a KP embargo since 2013 due to presence of conflict diamonds, the Civil Society Coalition said the discussion failed to look at the bigger picture of how international players are complicit in diamond smuggling.

“In particular, KP participants did not address the fact that an estimated 90% of diamonds continue to be smuggled out of the country and entered into the KP-certified chain through neighboring and trading countries,” said KP CSC.

“For years the same countries have been blocking decision-making in the KP, which is based on consensus, without ever having to stipulate their reasons or being held to account.

“Frustrated with this shameless denial of the realities CSC members are confronted with on a daily basis, the Coalition decided to name the non-constructive players in their closing speech of the Intercessional meeting,” said KP CSC.

The KP developed a set of minimum requirements that each participant must meet, however these have proved inadequate and a call for reforms has been led by the Civil Society with representatives across the globe.