The Language Spear Against Malaria in Zimbabwe 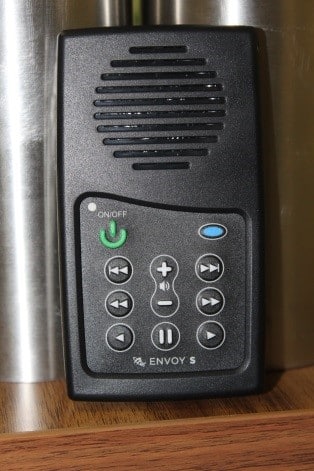 Two years ago Maria Masauso (38) lost her three-year-old twins to what she believed was witchcraft in Chapoto village, Mbire district, a community in northern Zimbabwe.

When her children fell ill she resorted to traditional herbs, including elephant dung, which she smeared on their body to draw out spirits.

Masauso says it was a painful moment for her as she tried in vain to save her children’s lives, particularly because the high fevers that had fallen on her children were brought on by malaria, which could have been treated.

The Chapoto community had over the years been provided with educational material about malaria from the Government and the donor community. The materials contained all the information a person needs about the disease, including the prevention and treatment of malaria. The challenge for Masauso and those around her, however, was the language barrier. The material was printed in English and Shona, while the predominant language in the village is Chikunda.

“Some time ago we had been given books to read but no one could do so,” said Masauso. “The community has low literacy rates and that posed a challenge to us.”

In 2018, just after Masauso’s tragedy, this barrier was overcome by 50 solar powered audio books delivered to five villages in Mbire district, including Chapoto, under the US President’s Malaria Initiative (PMI). The audio books provided detailed information about malaria in the Chikunda language, through 20-minute educational stories.

Titled Dipa la malaria, meaning the spear that kills malaria, the audiobooks use fictional stories to describe scenarios of illness caused by malaria and common difficulties faced by communities in terms of managing it, such as detecting it, as well as how these difficulties could be overcome.

The books also explain the signs and symptoms of malaria, the benefits of seeking treatment early and adhering to treatment and how to prevent and treat malaria, especially in pregnant women and children under five, through the use of insecticide treated mosquito nets, spraying indoors, and managing the environment to prevent the breeding of mosquitoes.

The project is led by the Zimbabwe Assistance Program In Malaria (ZAPIM), which is funded by USAID under the US President’s Malaria Initiative (PMI), who stepped in to reduce the significant number of malaria cases and deaths reports in the community.

A 2018 report by ZAPIM states that “in Chapoto, losing babies to fever was once viewed as an unavoidable and common occurrence”. It goes on to explain this was due in part not only to high malaria rates, but a lack of knowledge on the various causes of illness and a deep-seated belief in witchcraft that led the communities to under-utilizing the health facilities and treatment services available to them.

Many families, like Masauso’s, believe the main cause of fever and convulsions in babies is witchcraft, according to the report.

However, the community’s perception on malaria has now changed, leading to more clinic visits when villagers suspect they are infected, said Village head Farikani Mhlongo. “Dipa (the spear) has changed our lives, especially in the fight against malaria. We are now able to detect symptoms which leads to villagers getting quick treatments at clinics” said Mhlongo.

McCord said this can be attributed to the audiobooks as well as other interventions, such as indoor residual spraying of insecticides and more use of insecticide treated nets.

One reason the books are thought to be so effective is because they were created in collaboration with the community, as the Ministry of Health and Child Care (MOHCC) set out to reach malaria prone communities with low literacy rates.

“In a region with low literacy rates and a minority language, community members came together with experts to create an audiobook about malaria prevention and treatment in their own language,” said McCord.

He added that more than 2800 people across the five villages, including Chapoto, had listened to the fifty audiobooks between July 2018 and October 2020. The books were distributed through village health workers, village health club members, church leaders, and other influential community members and are used on a rotational system of access, meaning households do not own the audiobooks permanently.

“Anecdotal information and feedback from surrounding areas shows that a considerable number of people beyond these recorded numbers also received information from the audiobook, either directly or indirectly,” said McCord.

But PMI do not have plans to produce audiobooks in other languages or villages other than Chapoto for now, according to McCord.

Malaria program director in the Ministry of Health, Doctor Joseph Mberikunashe confirmed that the books aimed to reach a community with low levels of literacy living in hard to reach areas with high malaria transmission, which they did.

Zimbabwe has a national goal to eliminate malaria by 2030, however, and Dr. Mberikunashe said the fight against malaria has been hindered by a lack of resources and excessive migration in the country.

“We have shortage of resources. The country relies mostly on external funding for malaria control,” he said. This includes programmes led by PMI.

This means people can potentially re-introduce malaria into low-transmission or malaria-free areas, bringing further challenges to eliminating the disease within the next decade.