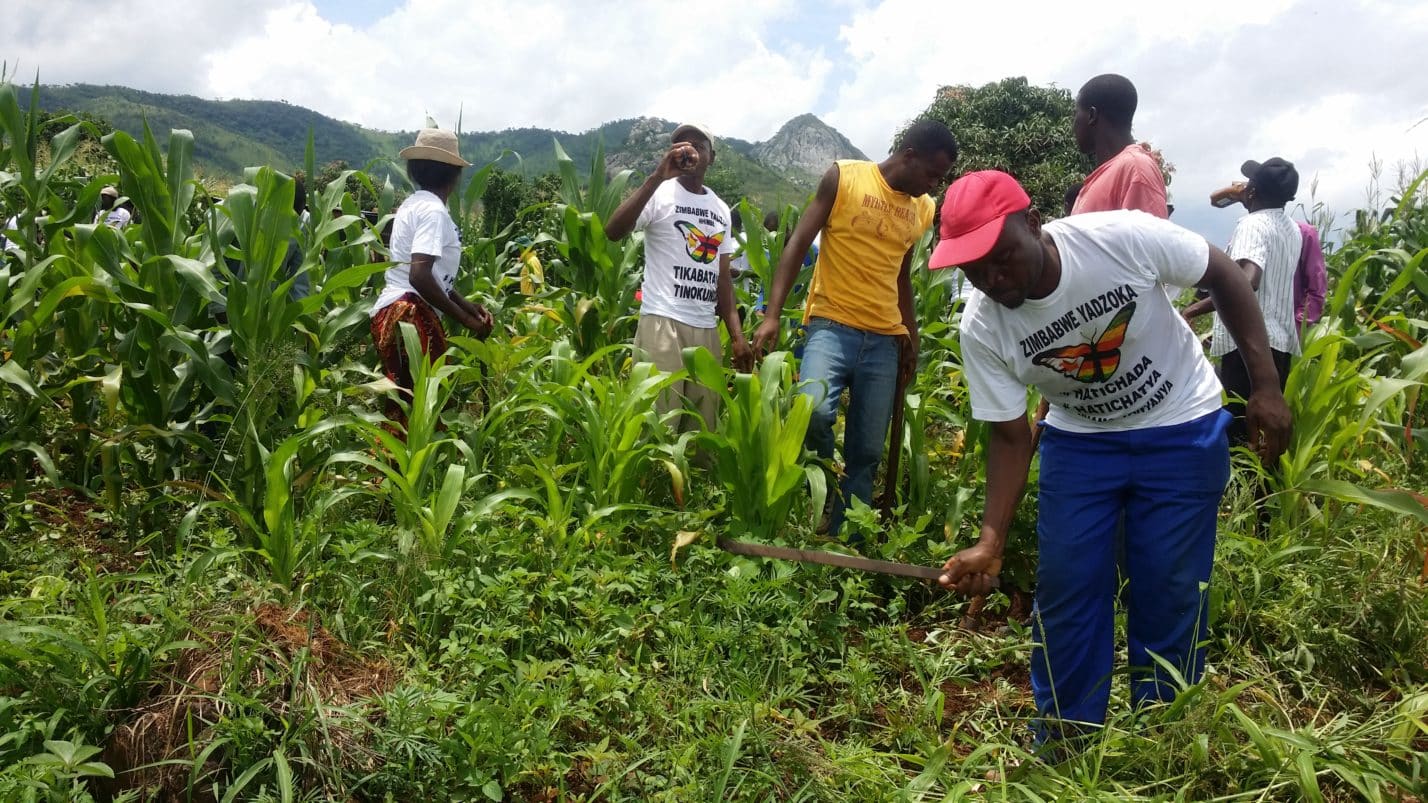 In a major shift from old mobilization methods that have not worked to prevent politically motivated violence in communities, civic organizations have retraced and embraced traditional practices of enforcing and sustaining social cohesion as the country moves towards watershed elections in 2018.

Heal Zimbabwe Trust, one of the organisations working towards peaceful co-existence and social cohesion in communities believes using traditional practices such as nhimbe promotes spirit of working together, in the process establishing strong foundations for peace in communities.

In an interview with 263Chat, Heal Zimbabwe Trust Director, Rashid Mahiya said people’s fear of gatherings which in some cases are misconstrued as political forced his organisation to look for innovative ways to bring people together.

“We have discovered that people are afraid of gathering for a meeting because they associate it with politics. Therefore, we thought that practicing traditional practices like nhimbe, people can come and we can talk to them.

“Here also we have seen that some of the 2008 victims are speaking out. People are also being taught and encouraged to vote,” said Mahiya.

Zimbabwe Yadzoka, a social movement led by Victor Chimhutu has also recorded successes through nhimbe which they said makes it easy to bring people together.

263Chat recently visited Mutare where Zimbabwe Yadzoka members had a nhimbe session and spoke to some of the beneficiaries who confirmed that the practice is effective especially to the poor and old people in the community.

“I really want to thank Zimbabwe Yadzoka which came up with these programs which are helping the poor and old people in the community. This is also bringing people together because with politics here, people are afraid to have a meeting because they will be accused of opposing the government,” said one of the woman who commented on the conditions of anonymity.

Tonderai Chimondo, who was also at the nhimbe session urged young people to unite and come together in lobbying for social cohesion in the community.

“As young people, we should embrace these programs because they are bringing people together regardless of political affiliation,” he said.