We Are Unapologetic On Land Reform: Grace Mugabe 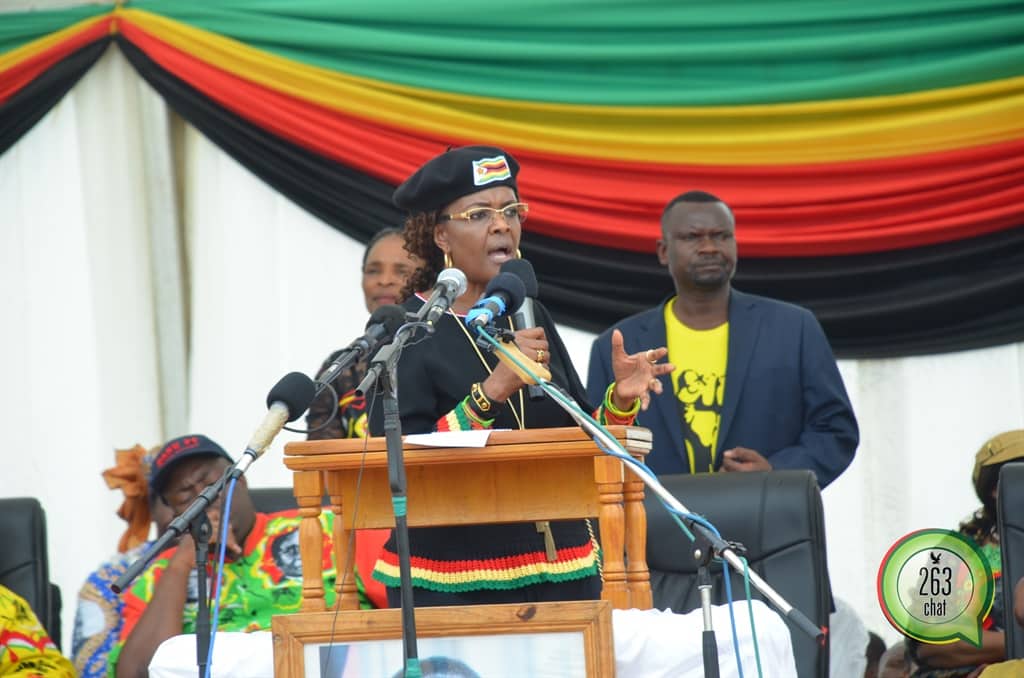 Government of Zimbabwe is unapologetic for embarking on the land reform program, carried out to empower citizens who are the rightful owners of the land, First Lady, Grace Mugabe has declared.

Grace who was speaking to journalists soon after opening a girls’ dormitory at Hande Secondary School, in Buhera on Friday, said despite consented efforts by Britain and her Western allies, government will continue to distribute more land to black Zimbabweans as part of its empowerment initiative.

“We are being victimised, penalised for having given the people what rightfully belongs to them. During the liberation war, the people were actually deprived of this land, a God-given land for that matter

“They were supposed to fund the Land Reform Program , but they did not do it, and they are expecting us to be apologetic about giving the land to our people, no, the land is our and it belongs to us,” said the First Lady.

Grace said the land distribution was inevitable as the population has continued to grow since the country attained independence in 1980.

“When we got independence in 1980 the population was round about 7 million and as time passed , we grew in numbers which meant that the demand for land was also growing and land redistribution could not be ignored,” she said.

The First Lady paid homage to war veterans saying they did not only fight for independence but for economic emancipation of the people.