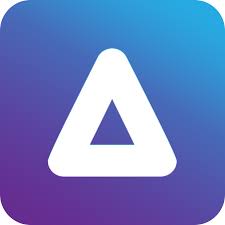 Zimbabwean companies struggling with getting their staff to work or going about their daily business requiring transport amid the current fuel crisis in Zimbabwe will be able to get round the challenge by using the new Vaya Lift ride service launched by Econet’s Cassava On Demand in Harare on Thursday.

The ride hailing service, whose concept was originally developed by the American company Uber, works by using a mobile App available for free on the Google and Apple stores, which is connected to the EcoCash mobile money service, or to one’s credit card.

Speaking at the launch of the service on Thursday, Cassava Smartech Zimbabwe CEO Mr Eddie Chibi said booking a Vaya Lift ride was as easy and convenient as making the simple request, wherever you are, on the mobile App and a car ride appears within minutes, at one’s doorstep.

The ride hailing service, which has transformed public transport around the world and in major African cities, is expected to have the same impact in Zimbabwe.

Econet Wireless Zimbabwe (EWZ) CEO Mr Mboweni, who attended the Vaya launch along with the Deputy Minister of Information Communication Technology and Courier Services Hon J Muswere, said the company was trying to respond to a real need affecting the economy.

“Businesses are being seriously disrupted because of the current fuel situation in our country, and it is negatively affecting business operations and productivity,” Mr Mboweni said.

“But with the Vaya Lift service, you can now mitigate the situation by getting transport from anyone with fuel in their car, in the form of Vaya Partners or drivers,” said the EWZ CEO.

Mr Mboweni said on-boarding drivers and cars was practically now the only bottleneck.

“We already have over 500 drivers right now, and we are increasing the number every single day, and as more drivers come on board, the service will get quicker and reach more parts of the country,” he said, adding that he hoped people in other parts of the country would be patient.

The service, which was launched in Harare, is expected to deliver thousands of new jobs, particularly for people with cars, but are currently unemployed.

“If you are currently not working, but have a decent car, this is a good opportunity to become an entrepreneur; your car can become a business,” he said.

“Once you register on the Vaya platform, you will be deployed to carry both people and even small deliveries.

“This is good money, and you work at your own pace and when you like to,” said Mr Mboweni, urging female drivers to also take advantage of the opportunity and partner with Vaya.

Shares in Liquid are like US$135 million cash, says Mboweni