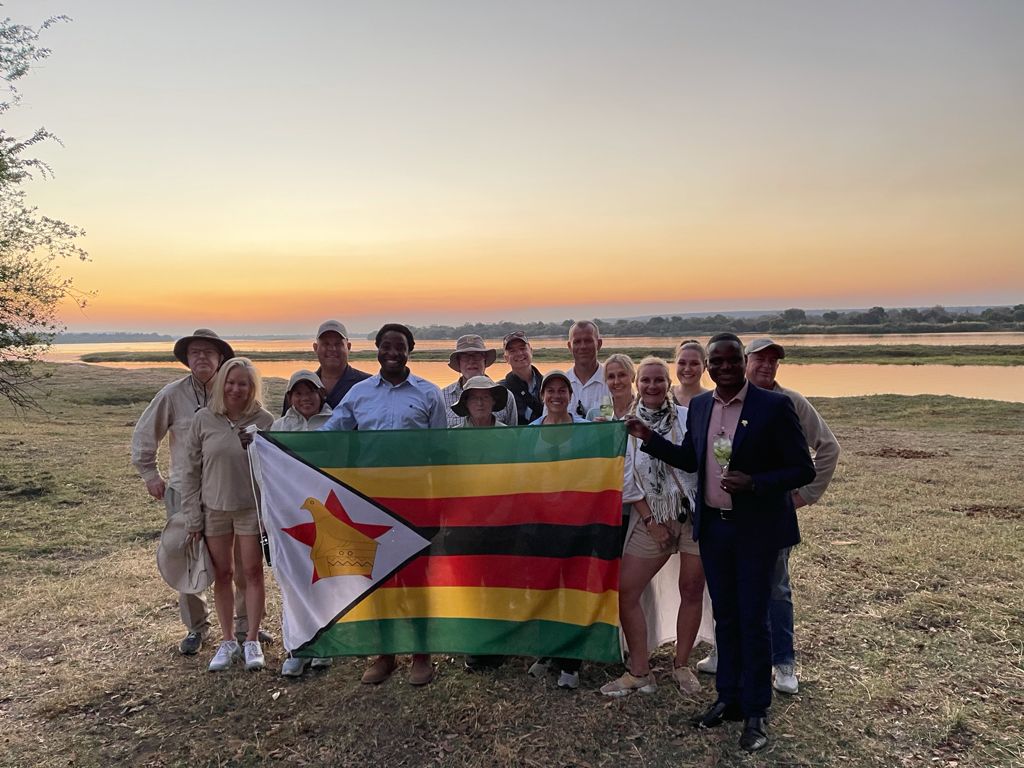 10 top American business executives who are on a 12-day private holiday and tour of Africa landed in Victoria Falls yesterday aboard a private jet run by Roar Africa Emirates Executive Private Jet.

They’re on a trip organised by Roar Africa and is dubbed “The Greatest and Safest Safari on Earth”.

Roar Africa Chief Executive and founder, Deborah Calmeyer and two of Africa’s most prominent safari guides Dr Ian McCallum and Humphrey Gumpo are hosting the group in partnership with a local tour operator and hotelier

Calmeyer said Zimbabwe is a model in Africa by being a pacesetter in rolling out vaccination and preparing for the revival of world tourism hence it is playing host to the “Greatest Safari on Earth”.

“The Greatest Safari on Earth” trip which will end on August 29, with the aim of transforming the travellers into change agents for conservation and sustainability, is a partnership with the leading local tour operator and hotelier, Love for Africa who is the local organiser

She said she designed the trip after years of planning a basket visit to “the most highlighted and top experience places in Africa in 12 days” and the trip is like “the Olympic torch for African tourism.”

“I put together the tour of Africa’s four most iconic destinations — Victoria Falls, Okavango Delta, Great Migration, and Gorillas and I see it as the Olympic torch for African tourism. The whole world is watching.

“It’s a very big symbol that an official airline like Emirates and American clients who are all CEOs are pioneer advocates for Africa coming at this time when there is this pandemic.

“Zimbabwe has led the way; they have been incredible in what they have been doing including vaccinating citizens and that is really fantastic. Everybody is feeling totally safe here, it’s a model for the rest of Africa,” said Calmeyer.

The group landed at the Victoria Falls International Airport early yesterday morning aboard an A319 aircraft owned by Fly Emirates, which has been redesigned from its normal carrying capacity of 150 passengers to 10 executive cabins with lounge, dining, spa and bathrooms.