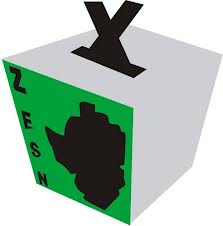 The Zimbabwe Election Support Network (ZESN) says the June 10 by-elections were marred by incidents of vote buying, violence and intimidation of voters.

Zanu PF made a clean sweep in all the 16 constituencies, most of them which were previously controlled by the MDC-T.

In a preliminary statement released on Thursday, ZESN which had observers in all the constituencies, said there was large voter apathy especially in urban constituencies compared to the rural constituencies.

ZESN said while the polling day was relatively peaceful, the pre-election period was marred by incidents of violence, intimidation and vote buying.

“On Election Day, ZESN observed intimidation of voters at various polling stations. Reports from observers indicated that in a number of constituencies, suspected ZANU PF officials and village heads were recording the details of voters before they arrived at a polling station and after the voter had cast their vote.

“These reports came from observers in the following areas: Tsholotsho (Zabagwuadi Business Centre), Headlands (Nehumba Primary School) and Hurungwe West (Murapa Primary School). The practice violates section 133B (c) (1) of the Electoral Act which outlaws any attempts to compel voters to vote for a particular candidate or party,” the organisation said.

ZESN also noted that the high presence of police officers inside and outside polling stations could have intimidated voters. “Furthermore observers witnessed Police Personnel being actively involved in assisting voters. This practice goes against international best norms and standards where the role of the police is limited to maintaining law and order,” ZESN said.

In a press statement, MDC-T said they felt vindicated by the low turnout of voters

“The by-elections have largely vindicated our position as even these polls were fraught with the massive irregularities we have highlighted such as vote-buying, abuse of traditional leaders and disenfranchisements as some voters found their names not on the voters roll.

“The low voter turnout and the paltry votes for the so-called winners tell their own sad story. This is a Pyrrhic victory for the Zanu PF regime. It is, indeed, a hollow and meaningless ‘’victory”,” said Gutu.

“The Zimbabwe Electoral Commission must take this as a warning that unless and until they run a credible poll, Zimbabweans will continue staying at home. Until and unless reforms are implemented, our elections will not be credible and will continue to breed contested outcomes,” said Gutu

“He (Morgan Tsvangirai) created by-elections knowing quite well that his party was not going to participate in that election, in connivance with Zanu PF he removed opposition MPs from parliament who were legitimately voted by the people in huge numbers only to replace them by people’s tormentors,” said Nkomo.

Nkomo added: “It is sad that the people of Zimbabwe have over the years believed in the hope that Tsvangirai and his party would deliver them from Zanu PF but now it’s clear their hopes all these years have been misplaced.”