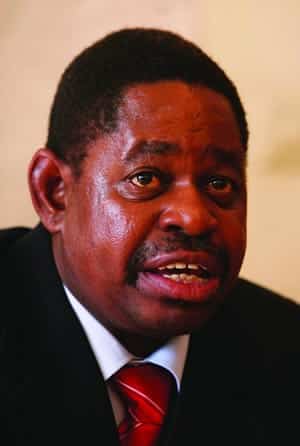 Zanu PF secretary for legal affairs Munyaradzi Paul Mangwana has defended the Constitutional Amendment Bill number one that was recently passed by the Senate saying the ruling party was mandated to amend the constitution.

The bill which seeks to give Mnangagwa unfettered power to appoint judges without exposing them to public interviews has received widespread condemnation mainly from the opposition MDC Alliance.

Speaking during a live programme with a local publication, Mangwana who was co-chair of the Constitutional Committee in 2013 said the Constitution remains a people’s document by virtue of the two thirds majority mandated to Zanu PF by the electorate.

“You do not necessarily have to run a country through a referendum every time that is why we have various ways of changing. We agreed during the Constitution making process that if at any stage it becomes necessary to amend the Constitution the following processes should take place.

Before the amendment, it stipulated that the Chief Justice, Deputy Chief Justice and judges should undergo public interviews before they are appointed to the bench.

In July 2017  the Bill sailed through the National Assembly, the then MDC Alliance legislator for Harare West, Jessie Majome, challenged its passage citing “gross irregularities” and that it was passed without the two-thirds majority votes as stipulated by section 328(5) of the Constitution.

Last week after all senators from Zanu-PF and the MDC-T, with the exception of Senator Morgen Komichi (Midlands), voted for its passage.