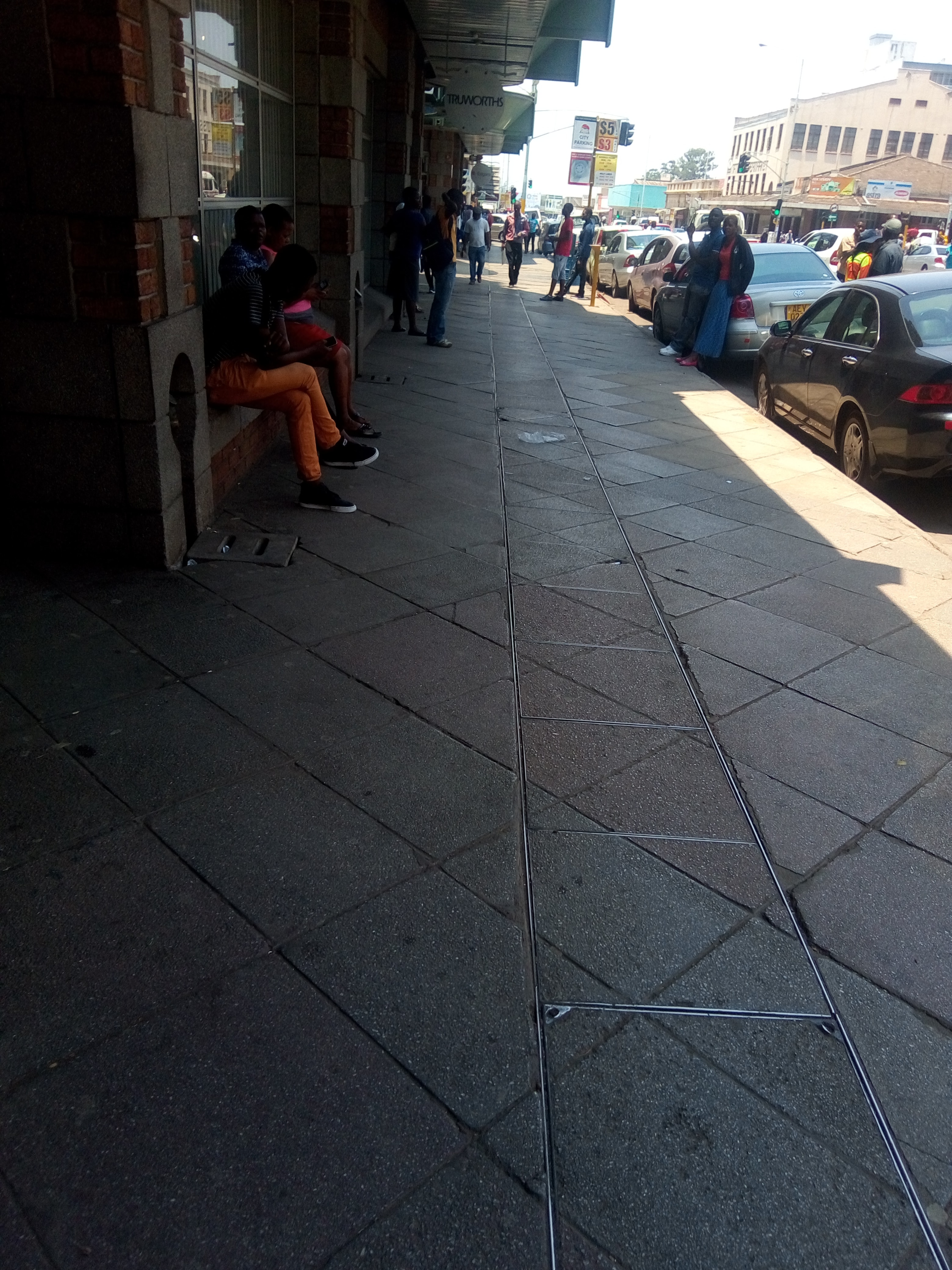 The mid-day sun is at its zenith. Young, middle-aged men and women take shelter along the pavements of the Eastgate Mall, in central Harare.

One would think that they are taking a rest but alas,  these are illegal foreign currency dealers at work. The mall has become a popular spot for those is search of lucrative rates in town.

Going past them,  with caution, they whisper,  “Rand-US,” implying  an exchange for the local currency. Like an eagle, they are in constant gaze for ‘predators’- the police. Once there is a signal of danger they swiftly walk in unison to avert arrest.

While the foreign exchange rates look lucrative, it takes the brave to trade as cases of being conned are rife. Genuine and counterfeit notes in local and foreign currencies circulate.

It is a place where tens of thousands of US dollars exchange hands on a daily basis. Deals are conducted swiftly in the open and in vehicles where large sums of money are involved and nearby buildings become bureau de changes.

Tanaka Makina (32) who has been in the business for close to three years says it has given her life.

“The business has transformed my life because I have managed to send my children to school as well as buying properties in Harare,” she says.

Though it is lucrative, Makina stresses that it comes with high risks that includes arrests, harassment and huge losses.

“You may think it is easy, but the truth is we are always on the lookout as police are always on our heels. Sometimes clients harass you when they think you are giving them a raw deal. Thieves also take advantage of the situation as they bring fake notes which results in us incurring losses,” she added.

The most traded currency on this booming market is the United States dollar as corporates have also joined the bandwagon as the inter-bank-market introduced last year cannot meet the ever growing demand for foreign currency.

The shortage of foreign currency has crippled operations of many corporates including industries as they want to buy raw materials.

“We have individuals who are buying and selling foreign currency here. Then we have people who are acting on behalf of big companies to buy the cash and they are also the ones who peg the rates of the day as they hold the bulk of the cash” Tinotenda Mazanhi another foreign currency trader operating by Copacabana bus terminus area.

With unemployment rate hovering over 90 percent in Zimbabwe and a highly volatile currency, an opportunity presents itself for most idle youths to venture into foreign currency trading.

In November 2018, Zimbabwe passed into law the amended the Exchange Control and Money Laundering and Proceeds of Crime Acts to give a 10 year jail sentence for illegal foreign currency dealers.

However, despite this hefty penalty, there has not been any arrests as the scourge continues to hurt the economy.

Authorities are finding it difficult to rescue the situation as some of the major drivers of the parallel market are powerful political bigwigs and the Minister of Information, Publicity and Broadcasting Services, Monica Mutsvangwa attested.

“We have to realise that the ordinary youth in the street is not the problem because they are being used by cash barons. it is better to deal with the barons.” she stressed.

The move by the Central Bank brought sanity to the financial market as rates were fluctuating. Banks began to trade at a slightly lower rate than the parallel market rate.

Banks were charging ZWL $17.35 against the US dollar while the parallel market was trading at between ZWL $22 and ZWL $24 against the dollar for both electronic and mobile transfers.

Rates differ depending on the mode of payment that one requires. The US dollar is fetching ZWL$18 in cash. On a good day Makina says she buys US$5000 and makes a profit of US$300.

“I normally buy US$5000 on a good day and I make a profit of $300 from trading. Honestly speaking it would have been more had there not been restrictions by the central bank. The market has also been flooded by many people some of whom are spies,”

“They are here on government assignment and this is evidenced when police come to raid us. They are left behind whilst others are arrested and later released,” she said

Despite the imposition of a ten year sentence on those illegally trading in foreign currency, corruption seem to be breeding among police officers.

“They (police) come and arrest us but because of the economic situation we negotiate so that they release us. At times we offer them US$3 and they let us go,” said Mazanhi

Luxurious cars, sumptuous lunches and flashy clothes indicate the standard of living most cash barons have become synonymous with.

Zimbabwe introduced the multi-currency regime in January 2009, however, it was abolished in June last year paving way for the local dollar. The move has since backfired as prices of basic commodities continue to soar on a daily basis.

Trading continues into late night as dealers pounce on those making trips to neighboring countries at Road Port bus terminus.