10 Stars To Look Out For At Cricket World Cup Qualifiers 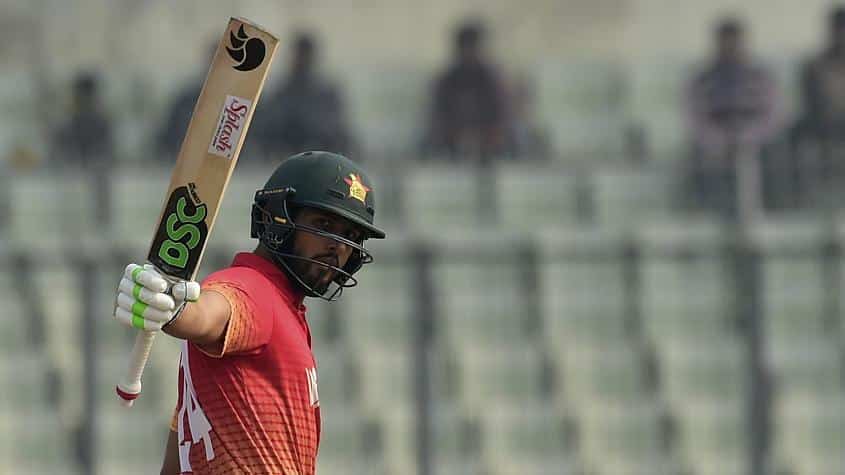 From 4-25 March, 10 sides will be scrapping it out for the opportunity to play at the ICC Cricket World Cup 2019. Here are our picks of the players most likely to light up the competition. The stakes are high at the Qualifier in Zimbabwe, and the tournament is wide open. From the sleeping giants of the Windies, to up-and-coming powerhouses like Afghanistan and Ireland, to those still developing rapidly, every side in the competition has players capable of producing exceptional moments. Here are 10 players who are most likely to produce under pressure.

Rovman Powell (West Indies)
A glance at Powell’s statistics doesn’t give you the full impression of his talents. The all-rounder has played 17 ODIs since his debut against Sri Lanka in November 2016 and has taken just one wicket and registered one fifty. But the feeling is that the 24-year-old has a lot more left to show.

With Andre Russell absent, Powell is the obvious replacement. His explosive batting has been there for all to see in the Caribbean Premier League (CPL), with a good eye and strong bottom hand regularly dispatching the ball over the ropes. Should the Windies need some lower-order pyrotechnics, they have just the man for the job.

Sandeep Lamichhane (Nepal)
Despite being just 17, Lamichhane is already something of a sensation in his country. His talent as a leg-spinner has turned heads all over the world and his profile is such that he became the first Nepalese player to earn an Indian Premier League (IPL) contract in January. That news was momentous in Nepal, prompting Prime Minister Sher Bahadur Deuba to tweet “the entire nation is proud of you”.

After watching Lamichhane bowl it’s easy to see what all the fuss is about. His control, deception and ability to generate sharp turn make him a dangerous bowler. If Nepal are to make an impression in Group B their young, precocious leg-spinner will have to make a mark.

Paul Stirling (Ireland)
Stirling could lay claim to the title of the most destructive top-order batsman at the Qualifier. The right-hander possesses an excellent eye, meaning he picks up length quickly and is able to latch onto anything off line or length. His hitting over the in-field in the Powerplay, fondness for the hook shot and power down the ground mean he has a whole host of scoring options.

Rashid Khan (Afghanistan)
Rashid needs little introduction these days. After all he sits joint-top of the MRF Tyres ICC Men’s ODI Bowling Rankings having taken 86 wickets in 37 matches at a preposterously low average of 13.26 at the time of writing.

His success has seen him become sought-after in world T20 competitions and helped Afghanistan to a 4-1 series win over Zimbabwe recently. Khan’s googly remains a mystery for many batmen, but his ripping leg-break is almost just as dangerous. Batsmen in Zimbabwe: pay very close attention.

Kyle Coetzer (Scotland)
The Scotland captain will have a big part to play in his side’s chances at the Qualifier. Coetzer has an exemplary record in ODIs, with an average of 43.07 from 43 matches reflecting his class. His high-score, 156 made against Bangladesh in 2015, was Scotland’s first at a World Cup and displayed his desire to lead from the front.

The 33-year-old’s form coming into the Qualifier has been encouraging, with runs flowing freely and consistently. If Scotland are to reach a fourth World Cup, Coetzer’s runs are likely to be the cornerstone.

Evin Lewis (West Indies)
While many eyes will be fixated upon Chris Gayle, his opening batting partner should not be underestimated either. Lewis’ impressive, explosive and powerful batting has seen him become a go-to man in T20 competitions around the world and if he can bring some form to Zimbabwe then fans should be in for a treat.

His domestic form has been good of late, meaning opposition bowlers may not have much fun bowling to Lewis and Gayle up front.

Mujeeb Ur Rahman (Afghanistan)
The ‘mystery’ spinner everyone is talking about. Like Lamichhane, Mujeeb has generated plenty of interest and earned a lucrative IPL contract off the back of his outstanding performances.

Mujeeb became the youngest player to take an ODI five-wicket haul during Afghanistan’s win over Zimbabwe in the fourth ODI earlier in February, eclipsing the likes of Waqar Younis, Wasim Akram and team-mate Rashid Khan in the process. As well as impressing at the Under 19 World Cup in New Zealand, he has enjoyed a near-perfect start to his international career. Expect that to continue in Zimbabwe.

Ryan ten Doeschate (Netherlands)
The return of ten Doeschate to the Dutch side comes as a massive boost to their chances of making the World Cup. The experienced middle-order batsman, and captain of English County Champions Essex, is as cool a head as they come, equally adept at finding the gaps and running hard as he is at clearing the ropes.

His average of 67 with five hundreds in 33 ODIs tells its own story. Now 37, ten Doeschate is nearing the end of his international career. If he can help the Dutch reach the 2019 World Cup it could provide a fitting swansong for him.

Sikandar Raza (Zimbabwe)
If Zimbabwe’s recent 4-1 ODI series defeat by Afghanistan is anything to go by, then they will need to exploit every ounce of advantage offered by playing at home. One player that can play a big role with bat and ball is Raza, who is an important figure in the side.

Alongside Brendan Taylor, Raza’s 92 from 74 balls was pivotal to the only win in that Afghanistan series and strong performances from the 31-year-old will go a long way to furthering Zimbabwe’s cause.

Assad Vala (Papua New Guinea)
A PNG veteran who has played for the national side for 13 years. His first-class average of 64 speaks for itself, while all his experience is brought to bear in his role as leader of a emerging team.

A pugnacious left-hander, Vala also bowls tidy off-spin, with an economy rate of under four in ODI cricket. He was PNG’s standout performer in the first warm-up game against Scotland, compiling a solid 39 and nipping in with a couple of wickets.