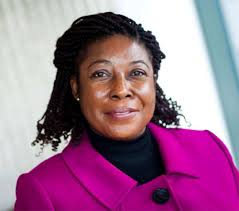 As we commemorate the 16 days of Activism Against Gender Based Violence, 263Chat will profile 16 most influential women in Zimbabwe. The focus will be on their achievements and the contribution they have or are making to uplift society and the country at large.

Divine Ndhlukula, is the founder and Managing Director of SECURICO, one of Zimbabwe’s largest security companies. The Harare-based outfit is a market leader in the provision of bespoke guarding services and cutting-edge electronic security solutions.

Ndhlukula has done remarkably well in her business. In less than 15 years of doing business, SECURICO has achieved a number of significant feats: To date SECURICO’s annual revenue is in excess of  $13 million with more than 3,400 employees – 900 of whom are women.

The company was the first security outfit in Zimbabwe to achieve an ISO (International Organization for Standardization) certification. Last year in December, the company was the winner of the prestigious Legatum Africa Awards for Entrepreneurship.

She has gained Africa-wide recognition for her entrepreneurial skills, having built an over 4,000 strong employee base from the humble beginning of her garage.

Her business has also won several awards which include;

Her success in business is what should inspire women to work hard and achieve their dreams and goals.

The Sky is the limit.

Sunningdale Based Club to Represent Harare at National Youth Festival