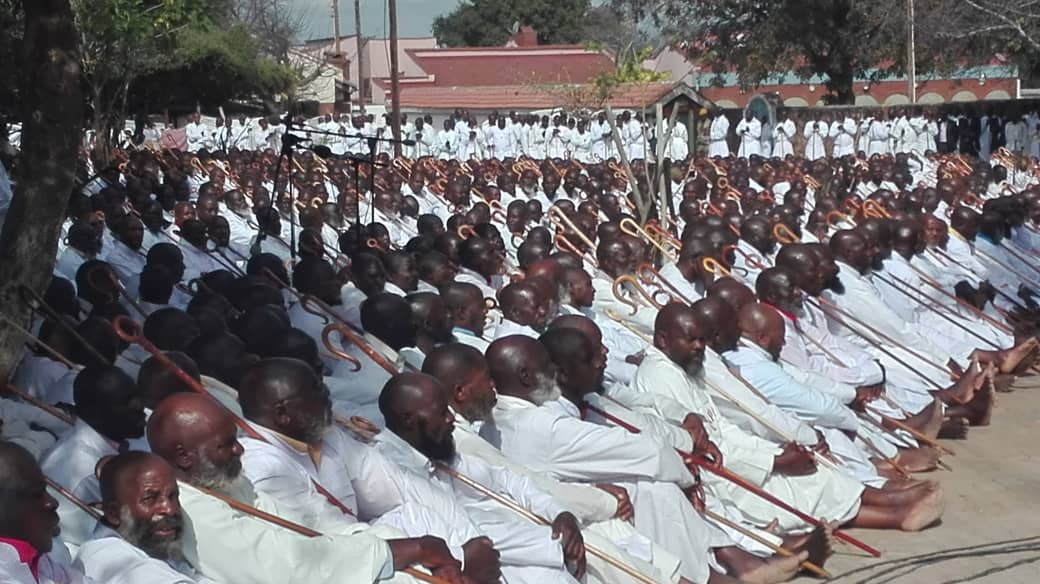 A Masvingo resident Sharon Moffat, the Legal Resource Foundation (LRF) and Women’s Coalition in Zimbabwe (WcoZ) have filed an application at the High Court seeking an order for the Johanne Marange Church and Apostolic Churches Council to publish message that condemns the marrying off of children under the guise of religion.

Confirming the application on Twitter, the Zimbabwe Lawyers for Human Rights (ZLHR) said the trio also want the court to order government departments to take steps to bring an end to child marriages.

“Masvingo resident Sharon Moffat, the Legal Resource Foundation and Women’s Coalition in Zimbabwe have asked High Court to order Marange Apostolic Church of St Johanne and the Apostolic Churches Council to publish at every place of worship or shrine for 19 consecutive weeks, a message stating that the marrying or giving in marriage of girl children is not an aspect of their respective faiths & should not be committed in the name of their religion.

Moffat, LRF and WcoZ, ZLHR said want the Zimbabwe authorities to conduct an identification of children married in terms of the practice, their removal, from such marriages and placement in places of safety established in terms of the Children’s Act for their rehabilitation.

“They also want the activation of the criminal justice system against all men who have married or otherwise have had sexual intercourse with minor children in the name of religion post the decision of the Constitutional Court in Mudzuru and Another v Minister of Justice, Legal and Parliamentary Affairs and Others in Case No. CCZ-12-15 and the publication of a summary of the declaraturs in all national newspapers and on all national radio stations in all vernacular languages

“Moffat, LRF and WCoZ want the practice of marrying and marrying off girl children to be declared as not an article of faith of Marange Apostolic Church of St Johanne and being at variance with the law, is a void practice that may not be continued in the name of religion.

“Alternatively, they want the practice of marrying and giving in marriage of minor children to be declared not an essential component of the faith of the Marange Apostolic Church of St Johanne or any of the Independent African Apostolic Churches that fall under Apostolic Churches Council and being in contravention of sections 19, 26, 27, 51, 53, 78, 80 & 81 of the Constitution” said ZLHR.