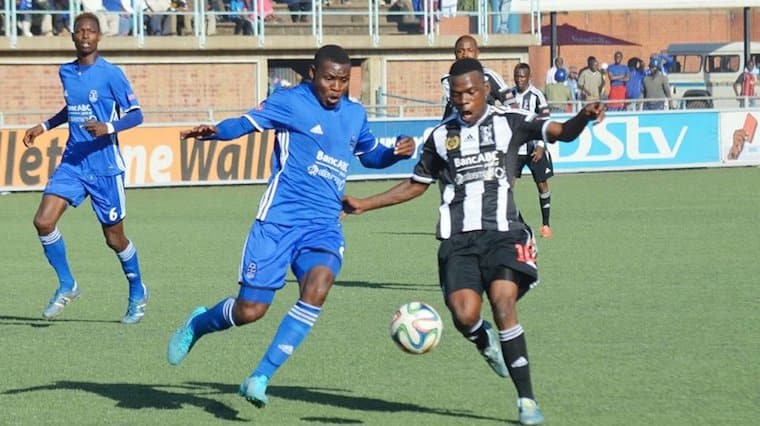 The Premier Soccer League has once again summoned Highlanders Football Club before a disciplinary committee following the violence scenes witnessed at Mandava stadium on Sunday following in their match against FC Platinum.

In a statement released on Monday, PSL said Highlanders, who already have a pending issue related to the same charges before the same committee for their abandoned match against bitter rivals Dynamos FC, breached rules and regulations of the game.

“The matter will now be referred to the Premier Soccer League Disciplinary Committee for determination.

“Consequently, Highlanders FC has been summoned to appear before the Disciplinary Committee on the 6th of June 2017 for contravening Order 31 of the PSL Rules and Regulations,” said the PSL.

In terms of order 31 of the PSL Rules and Regulations, it is an Act of Misconduct on the part of the Club where;

31.1.13 Its supporters misbehave in any manner whatsoever, inside or outside a ground before, during or after a match, no matter on which ground the match is played. Without derogating from the generality of what constitutes

misbehaviours on the part of supporters, the following are specifically declared to be acts of misbehaviour:-

31.1.13.3 Throwing or attempting to throw missiles, bottled and other objects, whether potentially harmful or dangerous or not, on to the pitch, or at any person;

“We once again call upon the Highlanders FC Board of Directors, Executive Committee, leaders of their supporters’ chapters, coaches and players to seriously consider taking corrective measures to eradicate hooliganism in football.

“Football is governed by the Premier Soccer League rules and regulations, ZIFA and FIFA statutes.

“The Highlanders FC leadership must realise that hooliganism and violence will affect not only the club brand but it taints the image of football in general.

“We would like to assure all our stakeholders that as a League we will be decisive in dealing with acts of hooliganism. We will not be swayed by emotions, frustrations, disappointments and feelings of a few misguided elements who continue to bring the game of football into disrepute,”

This is the second time in a space of two weeks that the Bulawayo giants have had to be summoned for indiscipline perpetuated by the club’s fans after they caused the abandonment of the Zimbabwe derby.

The PSL disciplinary committee is yet to submit its verdict of that match.

How Helpful Or Harmful Is RBZ Export Tax Incentive Scheme?