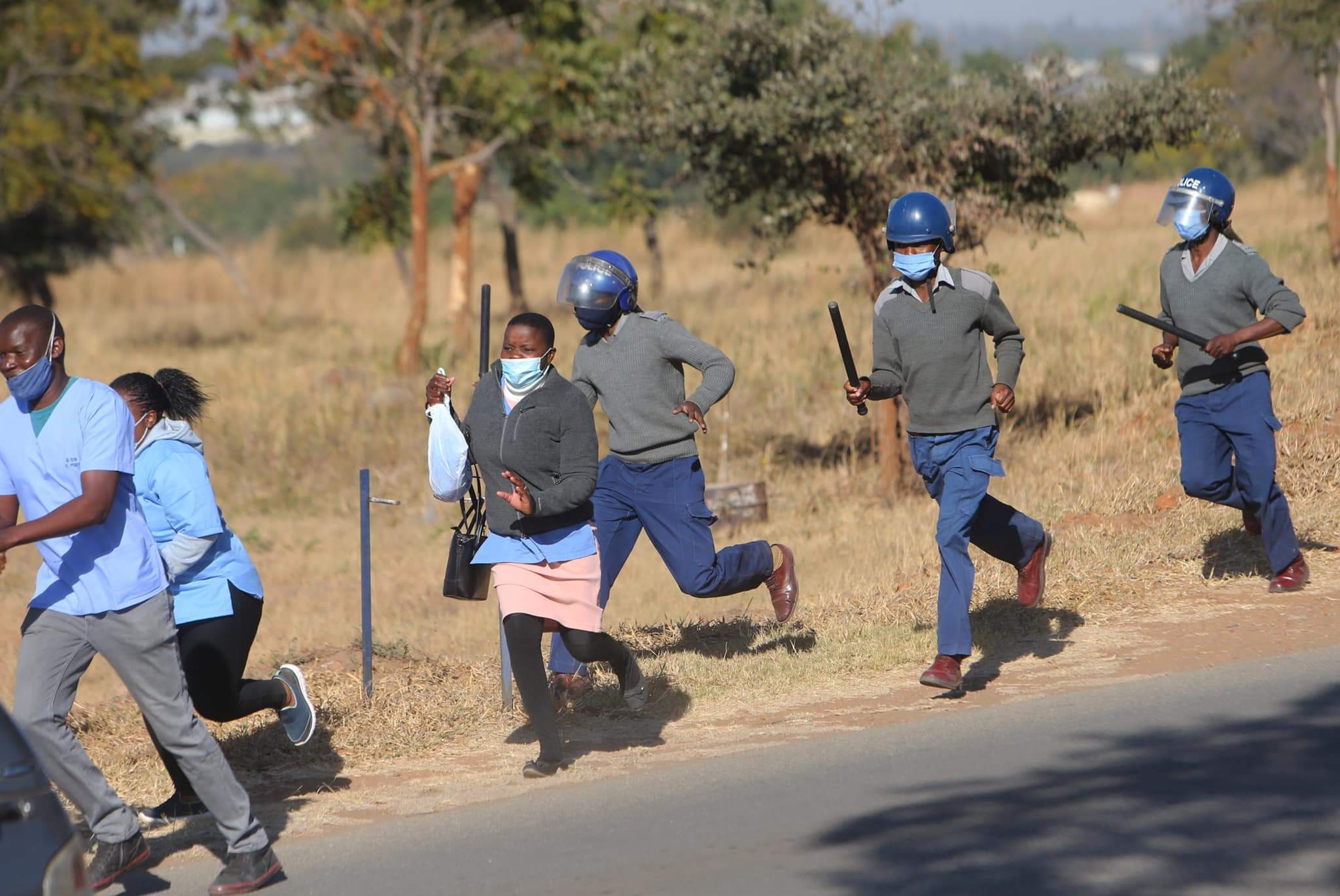 MUTARE– Government’s recent crackdown on activists has intensified, not even sparing rural based activists after police in Marange recently arrested community monitors for organizing demonstrations against government.

The arrested trio of Jey Kasakara (27), Amos Muchena (27) and Clive Gore (33) were picked up from Chiadzwa on 2 August before spending the night at Mutare Central Police Station for allegedly trying to reorganize the 31 July demonstrations.

The trio was later charged with violating lockdown restrictions and fined ZWL$500, 00 for unnecessary movement.

The three are part of community monitors working under a community based organization Amalgamated Chiadzwa Development Communities Trust (ACDCT) that monitor environmental social and economic rights of people living in Chiadzwa.

In an interview with 263Chat, Kasakara, who chairs ACDCT said the whole ordeal was surreal as they did not anticipate their arrests or being treated like criminals in the manner police handled their matter.

He said ironically on the fateful day they had gathered at a local school, Rombe Primary, wearing their masks, observing social distance and had even sanitized, in accordance to corona virus etiquette.

Kasakara said when police came to question them they indicated that they were locals discussing local governance issues in their area where there is ongoing exploitation of natural resources.

“When the police came we told them that we were having a group discussions on local governance issues in an area where there is exploitation of natural resources as community monitors and also looking at the impacts during this Covid pandemic.

“Having given that full explanation they still did not want to listen to us and accused us of discussing politics indicating that we could be lying to them and accused us of reorganizing for the 31 July demonstrations.

“We were surprised that they were now taking us as political activists,” said Kasakara.

Kasakara said these explanations fell on deaf ears and they were shocked when police insisted on arresting them, with indications that they would be referred to the Law and Order Section of the police when their organization is registered and operates legally.

“We are youths that work in the community with a registered deed of trust we have engaged traditional leaders, that we were now being referred to a higher offices of Law and Order, it’s something we never anticipated.

“We were confused about this whole ordeal. They took us to Mutare in the evening and we slept in the cells and on the morning of 3 August they made us pay fines of five hundred each for unnecessary movement during the lockdown,” said Kusakara.

ACDCT said the return of Anjin Investments to mine alluvial was an indictment of government for renegading on its pledge to reserve alluvial diamonds for artisanal miner under a new diamond policy.

ACDCT also challenged Anjin’s return to full operations saying it had flouted environmental laws by failing to follow environmental due diligence and rehabilitation as it left deep open excavations in its former claim.

Centre for Research and Development (CRD) director James Mupfumi says such arrests indicate a closing space for local human rights defenders as the state is failing to recognize their role in participating in local governance issues.

He urged the state security arms to desist from treating local human rights defenders who are advocating for the respect of social and economic rights of people living in Chiadzwa diamond concessions.

Mupfumi said instead of arresting and clamping down on Community Based Organisations, the state security should instead work with the community to ensure sustainable diamond mining.

“As CRD we want to encourage government stakeholders especially the security establishment in Marange to respect local participation in governance issues that is affecting them.

“Further we encourage them to collaborate with the Community Based Organisations so that there is effective monitoring of environmental, social and economic rights,” said Mupfumi.