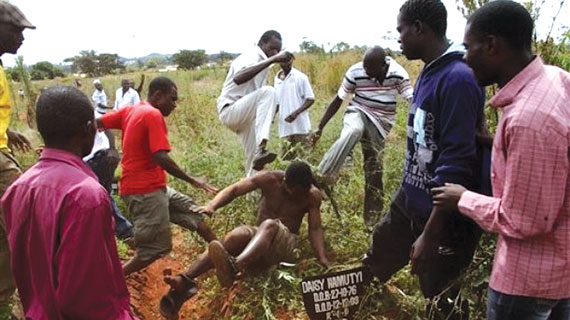 With the election season already heating up, opposition youths in Mashonaland Central province say they fear for their lives due to politically motivated violence and intimidation from political parties, 263Chat has learnt.

A visit to Mash Central Provincial capital, Bindura by 263Chat revealed the reluctance by the people in the area to get involved in political activities as some are still haunted by the ghost of 2008 electoral violence.

Mash Central is largely a Zanu PF hotbed and a nightmare for opposition party supporters. In past, cases of serious political violence have been reported with perpetrators going free due to allegiance to the ruling party.

“As youths, we somehow feel that we are on the disadvantage, we do not have jobs and come election time, the politicians want us to vote for them yet they subject us to political violence intimidation,” said Tinotenda Bettar, a Bindura University student.

She added that like many other youths, she is not excited about elections and voting as it is often a hard time for them due to political violence.

Another unnamed young person from Bindura said he does not want to be involved in politics because of the risks associated with activism especially on the side of the opposition.

“I think most of us young people fear for our lives, we do not want to be involved in politics because we will be tortured or even killed if known that we are supporting opposition party,” he said.

He added that many youths are pessimistic about the new administration which they say is likely to perpetuate the character and modus operandi of the Mugabe era.

During Mugabe’s the 37 year grip on power, his main ammunition was violence especially when his power is threatened and the Mashonaland youths believes President Emmerson Mnangagwa who has been the former leader’s lieutenant knows the game better than anyone else.

In the aftermath of his loss to Morgan Tsvangirai in the 2008 Presidential elections, Mugabe unleashed a wave of political violence targeted at opposition supporters engineered by the military junta resulting in thousands of people being displaced and injured.

Another Mashonaland youth who spoke on conditions of anonymity said elections remind of her of the horrendous incidence that led to her mother’s death as she was burnt alive, accused of being  a member of  MDC-T.

She narrated that she only survived after fleeing her house when it became clear that she was the next target.

With elections set for August or September, she is already making plans to leave Mashonaland Central and only return when she is satisfied that the environment is calm.

Zimbabwe will hold harmonised elections in August or September and the new President has promised the country free, fair and credible elections- something that has excited the international community but opposition parties are still worried about lack of political will to reform the Electoral Act which they say favors the incumbent.

Mounting Pressure For ZACC to Act On Cartels