For Every Part in Time 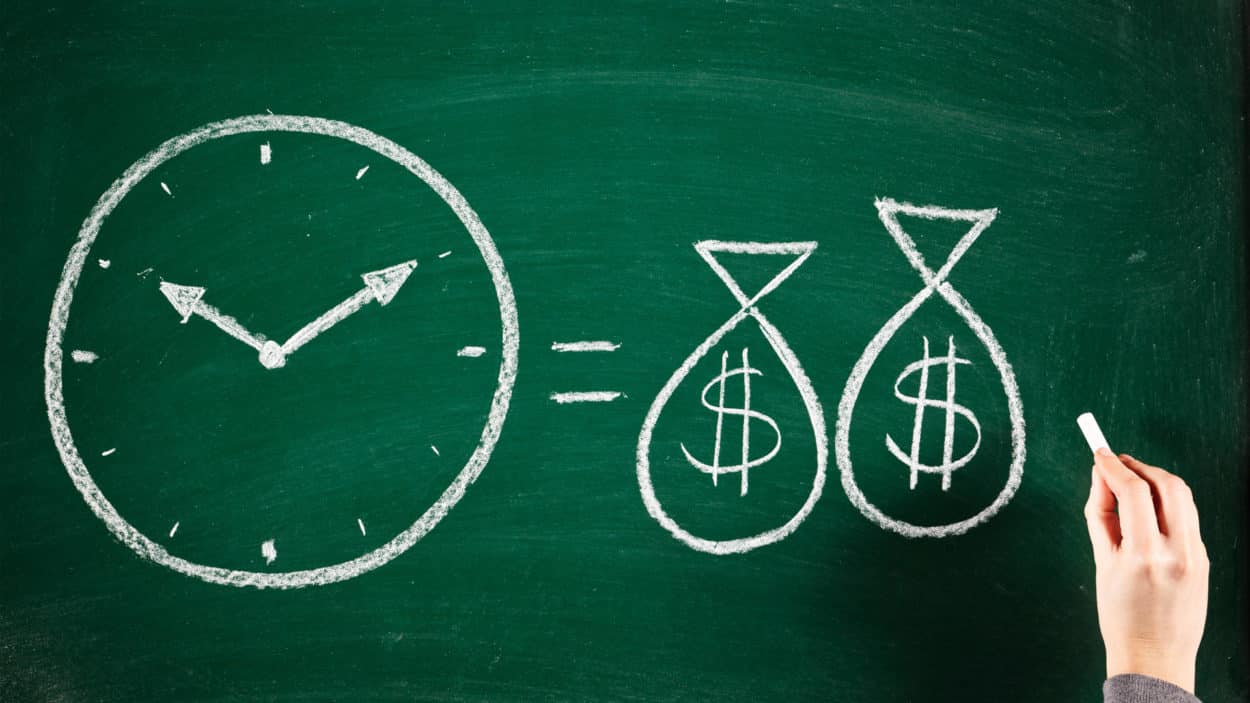 Today I want to speak to all those who consider themselves part-time. Maybe at a job, in a relationship or in life generally. But mostly at a job. With the economy so bottom line oriented these days, most companies have taken to hiring interns, attache’s, volunteers, independent contractors and contract workers. Whether these may or may not have the same experience as the so called seasoned workers is a different issue. What is not debate-able is that this has been an avenue for companies to stay afloat by hiring seemingly inexperienced but cheap labor force. Your company may consider you as cheap labor but whether you view yourself as such is entirely up to you.

Let me tell you about a man called David. He was anointed to be king of Israel, but with the anointing oil still dripping down his neck, he was back in the shepherd’s field tending to the sheep. Saul, tormented by his own personal demons called for him to play soothing music for him. This was a ticket to the palace, but it was all so temporary. As soon as the demons left, David also left. But David was so good at whatever he did, whether it was playing the harp or tending to sheep, that Saul, in some of his rarer sane moments, upgraded David’s standing in the palace and made him permanent. Humble beginnings, but this ostensibly small gesture was to be the launch pad for David’s future success as king. In other words, Saul created a position so that David would always be there doing what he did best. My question to you is are you doing your best, right where you are? Are you giving the authorities, the bosses, or even God any reason to upgrade you? Are you going beyond the call of duty, or you are barely meeting targets. Don’t get me wrong, meeting targets is not bad, but its average. And average is mediocre.

Today, most of you find yourselves in this very similar position, where you find yourself being permanently part time in different avenues of life. I am here today to tell you that nothing in life is permanent. But if you resign yourself to your situation, stop doing your best, do just enough, I dare say you are chasing your destiny. Sad part? You’re chasing it away.

Let today be the day that you change your entire approach to life, transform your whole attitude and set your face like a flint. Remember, people only treat you the way you allow them to. Be determined and take long hard look at your life. You may be temporary, but the temporary is your contract, not your attitude. You may be a shepherd, but the sheep too look up to you, don’t let them down.

Don’t give up just because today you seem to be excess to requirements. Tomorrow, the requirements may change, be ready when they do.

Develop yourself where you are and one day your value will be appreciated. Even if you have to give your services for free at first, it’s okay. Someday, someone will pay for your free time. Don’t just spent your waking hours on Facebook and Whatsapp, there is much more to the internet than just Twitter or Instagram. If only you are willing there are free courses, lectures, tutorials, all designed to share knowledge. Learning happens in so many ways, if you just take as little as 30 min a day to study online I can guarantee you that you will be developed in ways to better improve your skills. All things being equal, companies themselves don’t like part time employees over full time positions but they will not compromise their standards to accommodate you. If you do part time, you will always get part time results, do everything with so much excellence that you wouldn’t think of doing it any other way.

Look on the bright side. You have every right to expect more from your life and even more from your Creator. But put things into perspective. Right now you could be in an employment queue somewhere, trying to get something, anything. Or maybe a robot could be doing your work at a fraction of what you are being paid. A little gratitude with what you have right now will be the launchpad for you to go higher. While for many people in the developed world, working part-time may be a lifestyle decision or career move, for some people in the third world mostly, working shorter hours may not be out of choice.  Whilst the current economic outlook suggests the trend will continue downwards, unfortunately, not all businesses have been able to weather the storm. However, instead of full-scale redundancies, many employers have been able to survive by cutting back on hours. This outcome, when push comes to shove, is often more desirable for employees than the alternative.

Be prepared for the workplace of the future

Whilst we may serenade each other and offer comfort, sooner or later reality does catch up with every one of us. And one of this constant reality is the death of the job as we know it. The idea of a career spanning 20 or 30 years at one company has all but disappeared. Lifelong employment relationships have all but flew out the window. What we may term high staff turnover is in fact a symptom of the new status quo. Nowadays, loyalty, talent, and hard work are no guarantee for job security. Downsizing, restructuring, and re-engineering have altered the nature of work and transformed the relationship between employers and employees. Temping, leasing, outsourcing, consulting, and running small to mid-sized businesses are the fastest-growing forms of work in today’s economy. If you can’t find your place in this brave new world, you are in for a surprise, a cruel one I should add.

Those with marketable skills see themselves as free agents. Employers are now “clients” and jobs are “projects,” as workers move from one opportunity to the next. What matters in this new economy is your ability to add value-and to sell that value, as opposed to loyalty. Your success is not defined by the hierarchy of a corporation or any other establishment. Your security will come from options rather than commitments, from mobility rather than stability. You need to start moving from job security to employment security. While you think about moving from one project to the next, prepare to sell your most valuable talents on the open market. Let the bidding wars begin.

Another option is to change jobs without leaving your present company. As a professional in the brave new world, you’ll probably change jobs throughout your career, but changing jobs doesn’t have to mean changing companies. Wherever you work, get to know as many decision-makers as you can, be professional, and avoid cliques. Use as many skill sets as you can afford to avoid being cast in certain roles, because when the need for these roles expires, so does your career.

Maybe it isn’t so bad after all to be an extra in a play whose ending keeps evolving. Be sure to make sure when the next scripting happens, you would have put in such a compelling performance in your current role the producers will definitely script you in. Or better still, why don’t you turn the tables and be the scribe.

We are all part time, or soon will be.

"Joining Military Touch was not a mistake": Andy Muridzo

You Are Offside On Parliament Perks, Mliswa Tells Chamisa