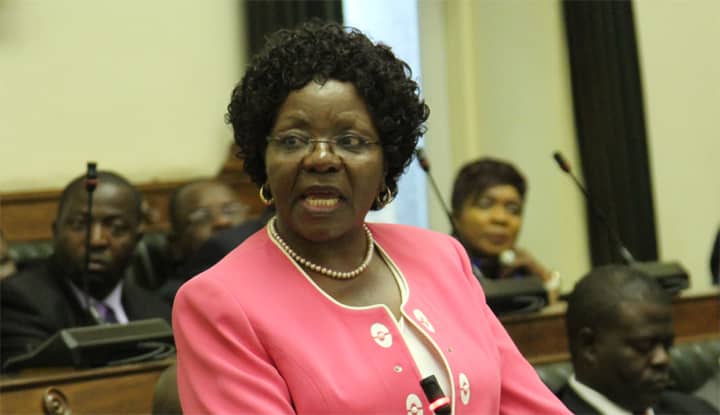 The government has urged communities to shun a culture of silence and speak out on against gender based violence (GBV) which continues to damage society’s moral and social fabrics.

Addressing a recent press conference, Ministry of Women Affairs, Community, Small and Medium Enterprises Sithembiso Nyoni said marrying off young girls denies the communities where they live and the nation at large of their contribution to national development.

“Child marriage is a violation of multiple rights of the girl child that include, denying her the right to education, right to health and well-being. It exposes the girl child to Gender Based Violence, HIV and other health related conditions. It puts the young mother and her child into a cycle of poverty,” she said.

Nyoni urged society to respect the Constitutional provision which outlaws child marriage and clearly puts the age of marriage at 18 years.

Meanwhile, the government said it is investigating the case of a 14 year old girl who died whilst giving birth at a shrine in Bocha.

“The government has been alerted of a very disheartening report taking its rounds on the social Media of a 14 year old girl who died while giving birth at a shrine in Bocha, Mutare District, in Manicaland. I would like to inform the nation that the Ministry’s provincial staff are working with all relevant stakeholders in investigating this case which is said to have happened at an unspecified area in Bocha,” said Nyoni.

Nyoni also said the case serves to remind the country on the scourge of teenage pregnancies and child marriage that continue to affect the lives of thousands of girls in the communities.

“It is for these and various other reasons that we should join hands to vehemently condemn and declare our aspiration for a nation with Zero tolerance to child marriage. I also want to unequivocally state that child marriage is nothing other than child sexual abuse disguised as a marriage and there is no reason for tolerating an abuse and it will not be tolerated even if attributed to any religious or cultural practice. Religion and culture should not be used to sanitize a violation of other people’s rights,” she added.