Zhombe People Forced To Pay For The Gukurahundi Atrocities 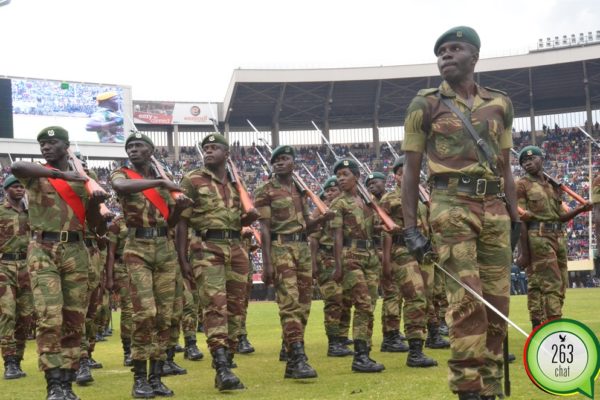 The gukurahundi atrocities that hit Matebeleland and parts of Midlands provinces could have been long forgotten but for the shona-speaking people of Zhombe, they are still haunted as they are being made to payback for all the dreadful encounters suffered by Ndebele speaking people at the hands of dreadful fifth brigade.

Like any other trip out of Harare that we have had before, we invaded Donsa without any suspicion that, at least over 50 percent of men that attended the event could be dangerously armed. It later dawned upon us when we saw an armed police officer towards the end of the event who was holding an automatic machine pistol.

I walked up to him and asked: “what are you doing with a gun deep in the villages here, back in Harare we only see guns at the state house or highly sensitive offices.”

The police officer did not bother to respond to the question, he said: “let me call one local to answer you.”

He called one energetic young man,  Tafirenyika Chikwenhure who appeared to be in his early twenties. The gentleman had a lot of grievances with the Ndebele from Ntingwe area. Chief among his grievances are the cattle he had planned to use for lobola that were stolen from his kraal.

“There is a place called Ntingwe just a few kilometers from here. The place is predominantly occupied by the Ndebeles. They have the nerve to invade during midday and select cattle they want for themselves from your herd.

“What is more disheartening are the slim chances of recovering your herd back once it enters Ntingwe area. Police officers have also given up on the area in fear of their dear lives. There are many cases of police officers that were murdered while pursuing cases in the area.

“In 2016  my mother’s cattle and goats were stolen and on reporting the case to Zhombe police station, I was openly told that there was no assistance that could be offered to me if my cattle had already entered Ntingwe.

“To date, I still owe my inlaws some cattle for lobola because we no longer have a herd of cattle kwa Chikwenhure,” Chikwenhure said.

As I was speaking to Chikwenhure, he called another local to add a word to buttress his heart-rending tale.

“Marhino come over here, I am telling this journalist about Ntingwe.”

Before Marhino could say a word his all scarred face drew my attention and I asked what he had done to earn all those scars.

“I was caught in a crossfire between two parties that were fighting right by this shopping center and got hit with a half brick. My other scars are from bicycle falls, he said before adding that: no police officer enters Ntingwe,” said Marhino.

Back to Chikwenhure, he narrated how the Ndebeles from Ntingwe always refer back to the Gukurahundi massacres whenever they conduct their raids.

“Whenever we have an encounter with them they always refer back to Gukurahundi massacres saying it is payback time for us,” said Chikwenhure.

After the lengthy conversation with Chikwenhure, I turned to the police officer(name withheld) as we headed back to his station at Zhombe township. He confessed how, sometimes, they have to employ dirtiness so as to minimize murder cases.

“A week does not pass without at least three cases reported of someone hit by a machete. We have gotten so used to seeing blood because whenever people here get drunk, any small differences that arise always get settled with machetes.

“I am always with a gun when operating from this area because people here are always armed with catapults and machetes. If we had  conducted a search at the event venue, we could have found three-quarters of them armed with either a machete or catapult, he said before dropping off at his station,” said police officer.

While the people of Matebeleland call for closure to the Gukurahundi disturbances, the problems facing Zhombe people could be enough confirmation on the need for genuine truth, peace and reconciliation, something that successive governments of Robert Mugabe and President Emmerson Mnangagwa are failing to lead.