JOB SIKHALA: My Arrest, Signs of Danger For Everyone in Zimbabwe 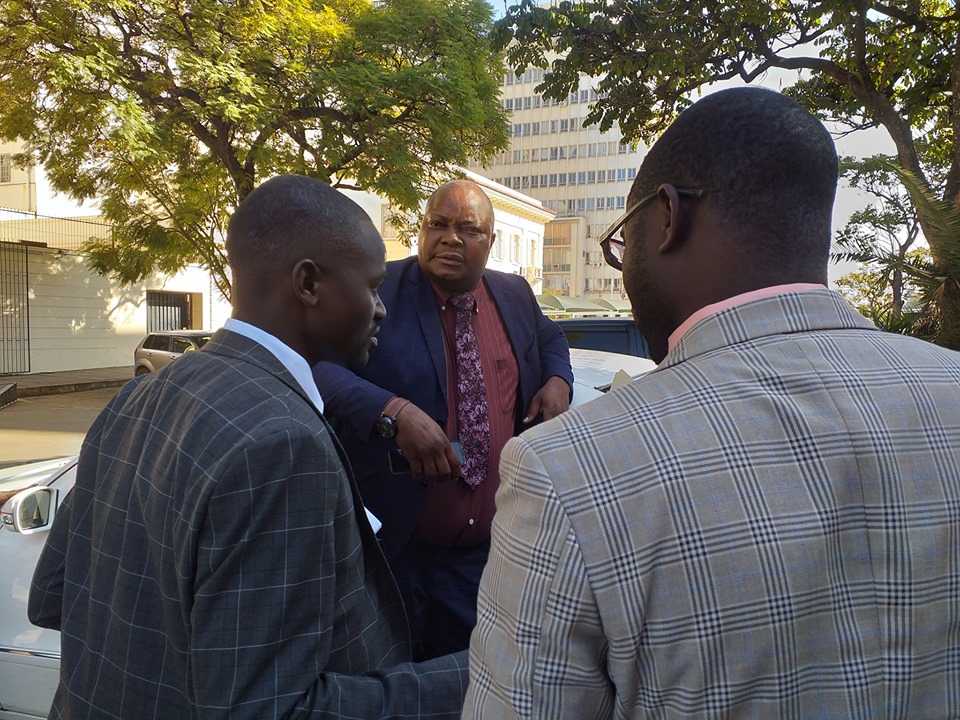 I received intelligence early morning on Friday the 8th of January 2021, that the regime of Emmerson Mnangagwa was planning to arrest me. As I always know the information to reliable, I informed the world about the impending arrest. I informed my brother and friend Hopewell Chin’ono about the information and he said he will stand with me throughout. Unbeknown to me was that Hopewell was also the target for arrest on same charges. As I finished talking to him and when I was busy informing other friendly corners, the news broke out that Hopewell’s house has been raided and they have pounced on him.

I tried to inquire about the motive of the arrest and the explanation was not satisfactory. It was alleged that I posted some comments over the alleged bashing of a child to death by police on Facebook and failed to locate the day and time. It really sounded bizarre as I did not remember the issue.

I had to work a plan with friends and colleagues to avoid the usual excuses of arresting us and deny bail on the grounds of flight risk that I become part of Hopewell Chin’ono’s legal team on the day of his Court appearance. Before that, Hopewell communicated to me that he has seen my warned and cautioned statement already with the police and there were really after me. I went to the Law and Order Section at Harare Police Station and asked the Officer In Charge, Law and Order, whether they want me for whatever allegations they would want to press against me. The Officer in Charge said, “they have got no such intention.”

Hopewell was appearing in Court for his initial remand and I was part of the legal Team put in place, to represent him. I appeared for the initial hearing, only to be nabbed by the same members of the Law and Order as I was about to leave the Court.

This was the beginning of a long stay in prison from Saturday the 9th of January 2021 to the 2nd of February 2021. For 26 days I was for the first time detained in solitary confinement in Section FB2 at Chikurubi Maximum Prison. This is the section where people condemned to death sentence are housed. Hopewell Chin’ono was in his own solitary confinement in the same section. His solitary prison cell was facing directly the gallows. Whatever the motive was, is only known to the persecutors.

We were both denied bail at the Magistrates’ Court. My grounds for being denied bail was that I have the propensity to commit further offenses as I “boasted that I was arrested 65 times in 2020, and have the propensity to re-offend”. This averments by the Magistrate was manufactured evidence as nothing of that sort was either submitted in Court by either the State or the Defense. It was purely manufactured evidence and facts that the Magistrate came up with and acted upon to deny me my liberty. I am going to raise a strong protestation of this with my legal practitioners, the Law Society and the Judiciary Service Commission as no such evidence was ever led in Court by either the State or the defense. I have gone through the record of proceedings at the Magistrates Court several times to look for the the elusive declaration of 65 arrests in 2020 and failed to find this needle in the haystack.

For 26 days I was denied my liberty on the basis of the manufactured evidence by the Magistrate. Such evidence was never ever put before him. It remains bizzare where it was extracted from. I would not have issues with being denied bail based on evidence and facts presented before the Court, no matter how untrue they may, and a judicial official uphelds them. To be denied one’s liberty based on manufactured evidence and facts is unprecedented. The evidence that I boasted of 65 arrests in 2020 are not true. I am still wondering where this came from. Throughout the proceedings at the Magistrates Court, nothing of that sort was addiduced in Court by either parties as evidence and facts to be determined upon by the Magistrate.

Although Justice Chitapi touched on it at length dismissing the findings of the Magistrate over such averments, he was commenting on it based on the Judgement of the Magistrate. The integrity of our judiciary is of utmost importance so as not to undermine the administration of justice and the confidence upon it by the public. Manufacturing of evidence and facts and act upon it to deny an individual’s liberty undermines the administration of justice.

Dear colleagues, I would like to thank my Legal Team of Harrison Nkomo, Jeremiah Bamu and Paidamoyo Saurombe for the sterling job they did seeking my liberty. The Zimbabwe Lawyers for Human Rights (ZLHR) remains the beacon for justice and defending human rights. I don’t have words with which to thank my sister Rose. Heal Zimbabwe Trust, you stood with me and my family throughout my unjustified incarceration. Tree of Life, you came with your hand, so great that I don’t have word with which to thank you. Crisis Coalition (Zimbabwe), you stood firm against persecution. Amnesty International, you heighetend our persecution to the world. A million thanks. Individuals who spoke endlessly against our incarceration, we thank you. My brothers Brian Kagoro, Trevor Ncube, Siphosami Malunga, Mbuya Dotito, Lynn and all the people of Zimbabwe who stood with me. May God do great to you. I know my wife and children are in pain. I had 3 children sitting for their Exams at different boarding schools. I didn’t want them to know that I was arrested. I am disappointed that my daughter phoned me today that she was crying throughout on her way to the Exams after being told about my arrest by her teachers. She is a genius at school. I hope this episode did not affect her. I know how much traumatised my family go through during these trying times but they must know that it is the will of God for me to be put through such trials and tribulations.

The people of Zimbabwe, you remain my source of inspiration. You never betrayed me. You stood with me throughout. To Hopewell who was housed right on the face of the gallows, remain strong and unwavering.

Dearly I will never surrender until freedom is achieved for all our people. Zimbabwe is too precious to be owned by a few clinch of the greedy. The future of millions has been ruined. The youth, your future is bleak. There is no hope. We the middle aged started this in our youth stages. We are doing it for you and future generations.

Our dear Lord is with us the people of Zimbabwe.
I thank you all.
Be blessed.