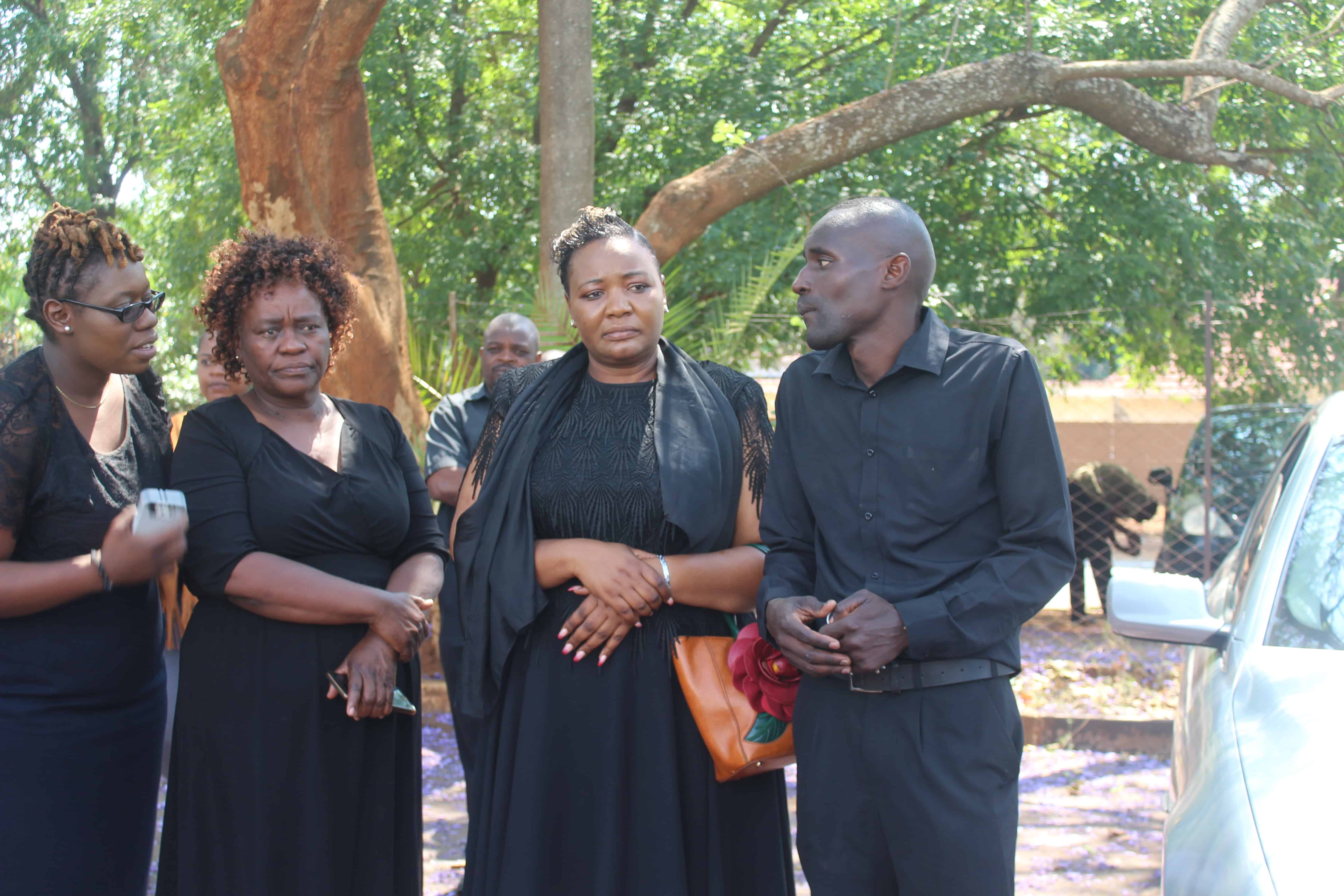 Spotting a black shirt, black trouser, black shoes, complemented by a clean cheesekop shave, Taurai Matsiwe cut a lone figure among the women as he was the only man who joined the Women’s Coalition of Zimbabwe protest against the deteriorating health service system in the country at Parirenyatwa this morning.

For Matsiwe, it had to be an event that he had to be part of with all his heart and desire having lost his wife Sharon Munyonho on August 31st due to “negligence” on the part of the health workers.

In most cases, it’s not easy for a man to drop a tear whatever the circumstance it mind be, but for Matsiwe, the loss of his wife came as a sucker punch, one would see signs of a devastated man, always suppressing tears from his small round eyes. Indeed, the man had no choice but to join the protesting women as a way of expressing his disgust.

Mutsiwe, an assistant teacher at Gateway School in Harare, could not fathom the untimely death of his wife, hence still lives in denial having looked forward to his family growing under the watchfukl eye of his wife.

However, Mutsiwe rues ever the moment he decided to take his wife to hospital to deliver, instead, he emphasizes that things could not have gone that way if she had delivered at home.

“My wife died on a bench, these nurses are satanists!” Matsiwe said.

“My issue is with those who induced my wife knowing fully well that their maternity delivery ward was full and neglect her after that. She failed to get assistance until she died while seated on a hospital bench,” said Matsiwe.

He added that his two children, Damia (8) and Wayne (5) will now grow without a mother.

Matsiwe was accompanied by his sister in law, sister to Sharon, Plaxedes Munyonho who was also expressede shock and bitterness over the level of negligence by the health workers.

Meanwhile, scores of women clad in black outfits today held a peaceful demonstration at Parirenyatwa Group of Hospitals condemning the deteriorating health standards compounded by shortage of drugs and the absence of doctors  who have been on an incapacitation strike since September.

The women mobilized by the Women’s Coalition of Zimbabwe rolled at the entrance of the Nehanda Maternity unity saying local hospitals had become deathbeds for patients.

In an interview with 263Chat, the Director of Women’s Action Group, Edna Masiiwa urged the government to urgently act on the chaos in hospitals as many people are dying especially in maternity wards.

“The situation at Nehanda is getting out of hand and the same applies to all other hospitals across the country. We have heard a story of one of the women who died during labour. We have also heard many stories of women losing lives during childbirth,” said Masiiwa.

“The health delivery system is now a deathtrap. We have come here to express our anger saying no woman should die whilst giving birth. We should not be scared to give life to the world,” added Masiiwa.