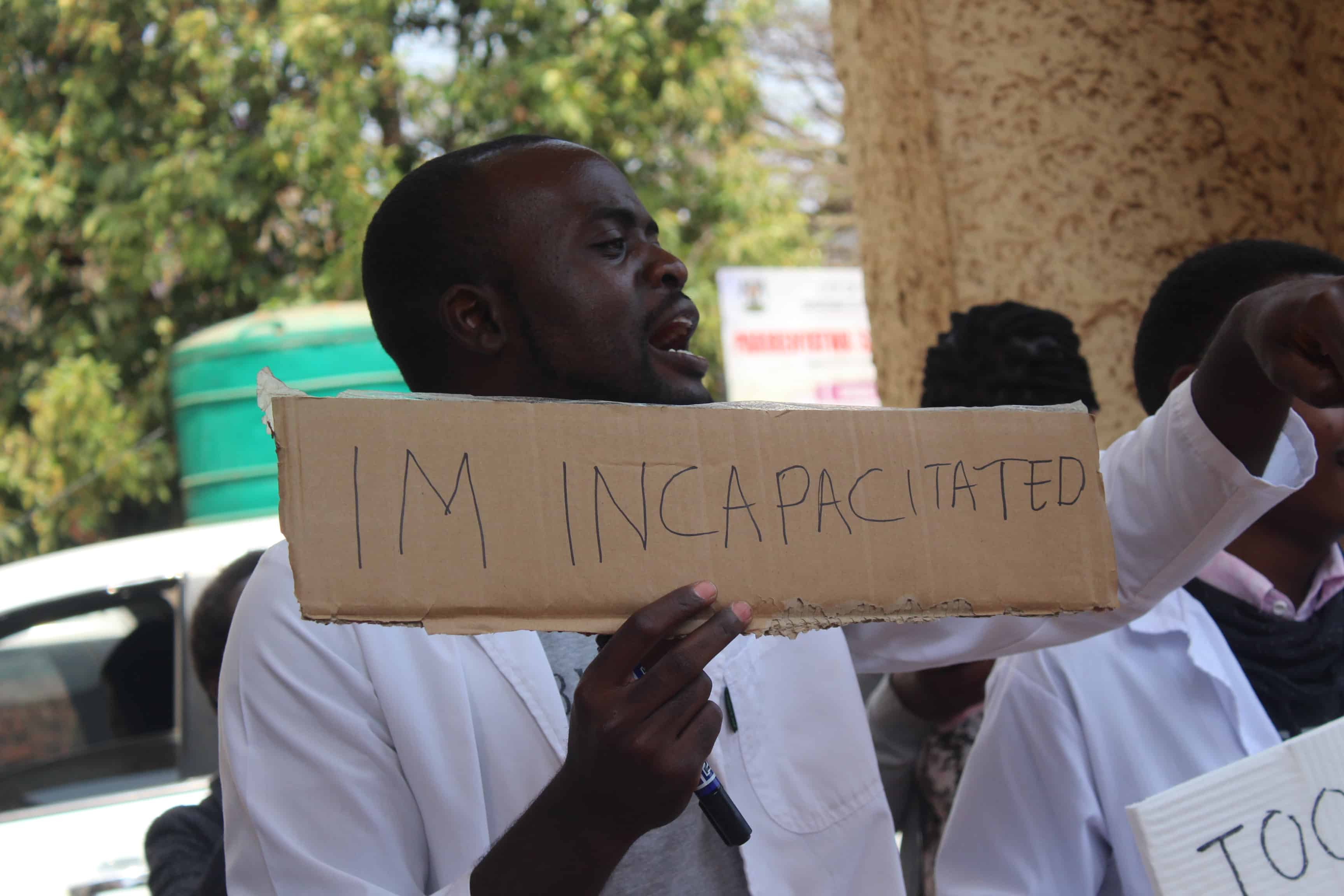 Zimbabwe Hospital Doctors Association (ZHDA) has defied the government’s disciplinary action telling their employer that they will not be attending any of their hearings due to incapacitation.

The doctors, vowed to continue with their industrial action until government accedes to their demands.

Addressing the post cabinet press conference early this week, health minister Dr Obadiah Moyo said they will begin the process of disciplining doctors who continue to withdraw their labour despite a Labour Court ruling.

Following the Labour Court ruling, doctors vowed that will not comply with the order as they did not have resources to report for duty.

In a press statement released today, the doctors national wide openly told the government that they will not be able to attend the disciplinary hearings.

“Doctors nationwide will not be able to attend the disciplinary hearings and any threats should stop forthwith to pave way for dialogue, provided an offer is made at the interbank rate,” read the statement.

Its been more than 50 days since the doctors declared incapacitation putting the country’s health system in turmoil.

“He/she cannot move beyond his or her place of residence and stays grounded at home full time,”

“Being incapacitated means we’re unable to attend disciplinary hearings called by an employer who’s failing to play his part to capacitate us,” added Dr Bhebhe.