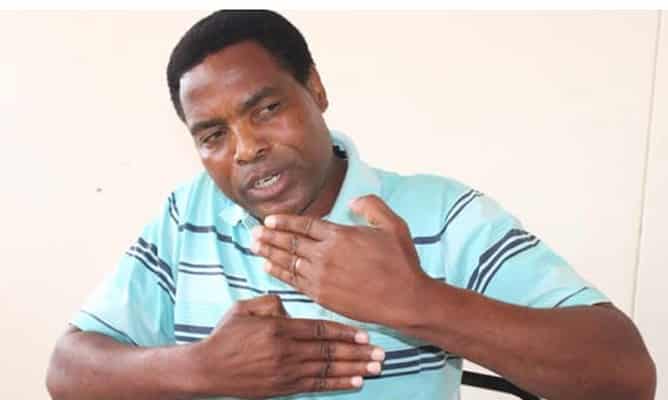 No one has ever been misquoted for keeping silent, thus silence is golden.

This adage fits well to the man who has been a work horse of ZANU PF since the turn of the new millennium.

The man has been at one time sitting at the higher echelon of the ruling party ZANU PF.

He has been loved and respected for his oratory skills that are intertwined with his mobilisation abilities.

He has travelled breath and width of this country sleeping in the trenches mobilising the masses not only for ZANU PF but for the former president.

Ironically he was the first man also to call Mugabe to order when he felt the gains of the party were off rails. He is the man credited to rally one million men to support Robert Gabriel Mugabe’s Presidency when it was in danger. Taking over from Hunzvi, he led the freedom fighters well, he became a defacto political commissar for ZANU PF party while at the helm of the war vets wing. In 2012 to 2013, he spent more than year mobilising the masses.

He covered every ward, every district, meeting the people and conscientizing them on the purpose of the liberation struggle and yet the man has seen his darkest days which sadly remain so. In 2004 he was suspended from the party for the infamous Tsholotsho Declaration which saw the current head of state being demoted to a mere minister of Rural housing and social amenities.

He rose again, led the one million march in 2008 only to fall again when he alerted the country of the impending bedroom Coup by the then First lady Grace Mugabe.

Ironically the whole country celebrated when the bedroom coup failed to take place due to Operation Restore Legacy.

And surprisingly, the man remained silent, Chamisa tried to lure him, he remained silent. Bulawayo province tried and is still trying to sideline him and still he is silent.

The man is Jabulani JB Sibanda, the former national war veterans chairperson, the former father Zimbabwe’s body guard who is rumored to have inherited his stick.

Indeed silence is golden and JB has chosen to be silent, never to be misquoted and mis-interpreted.

SADC Leaders To Put A Rubber Stamp on Mozambique Conflict