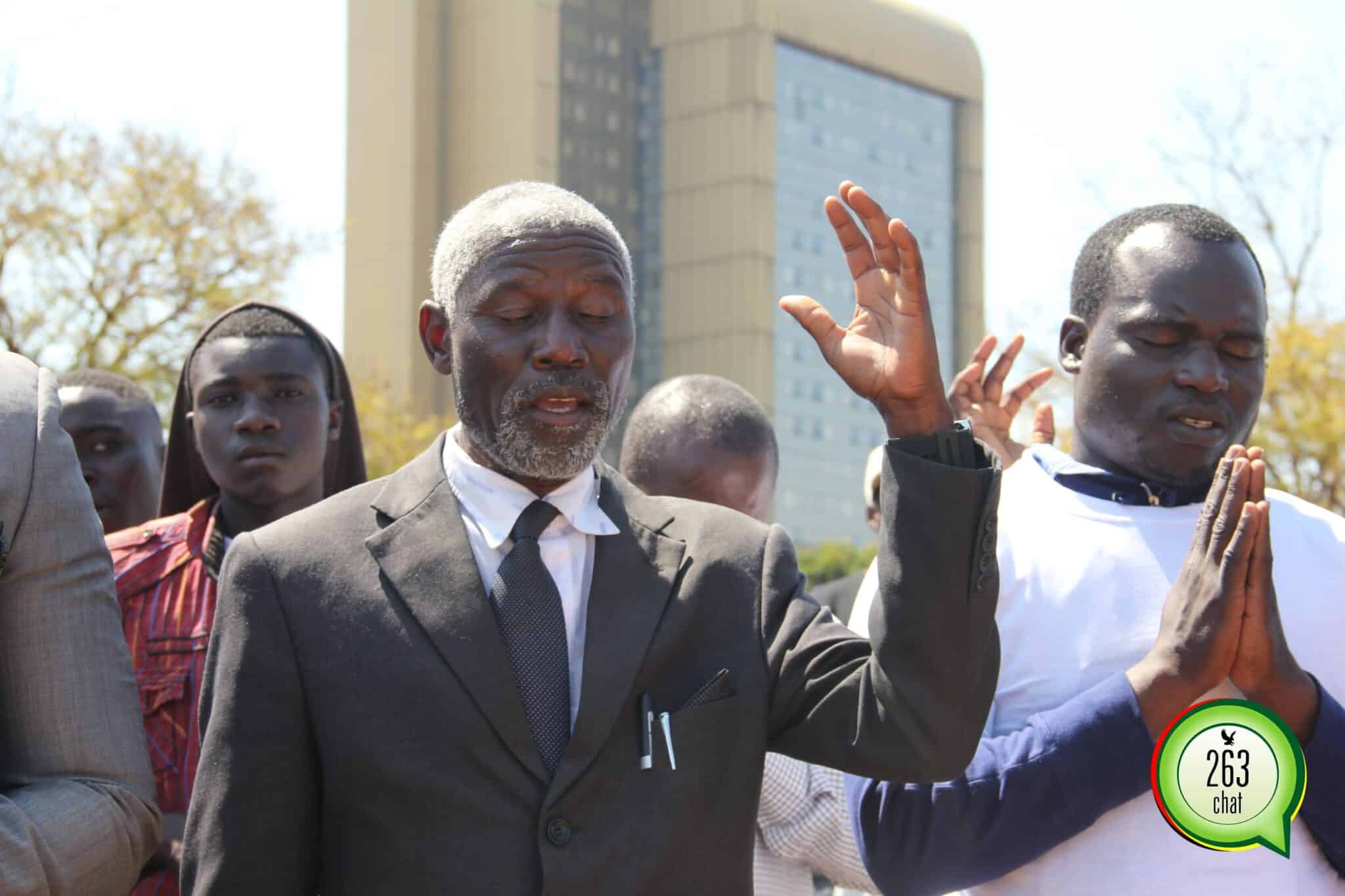 With Sebastian Magacha’s hit song “Go back to Sender” playing in the background, Pastor Godknows Nelson leads a sermon at the Sheraton open grounds dubbed Robert Mugabe Square by the Zanu PF party and Freedom Square by pro-democratic movements.

Following Pastor Nelson’s short prayer, the more than a hundred crowd bursts into prayers for the Vice President who according to state media is recuperating from a South African hospital following an alleged food poisoning incident at the Zanu PF Youth Interface rally in Gwanda last week.

Pastor Nelson, one of the organizers of the prayer meeting told 263Chat that the gathering was to pray for the quick recovery of Vice President Mnangagwa as well as peace in the ruling Zanu PF party.

“We took time, as different churches, to pray for one of our country’s leaders who we all know has not been feeling well after he fell ill in Gwanda last week.

“We are praying for divine protection for the Vice President where we are asking God to grant him a long life. We know he is going through a difficult time but with God everything will be fine and he will walk again,” said Pastor Nelson.

Succession battles in Zanu PF have reached a boiling point with a group allegedly angling for the first lady Grace Mugabe not seeing eye to eye with a rival camp fronted by vice President Mnangagwa.