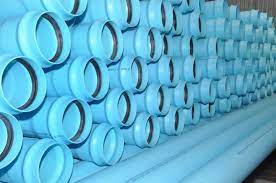 “Given the acute global shortage of crude oil byproducts, the need to clear off foreign related obligations and uncertainties posed by the COVID 19 pandemic, the Board proposes that no interim dividend be declared,” the company said early this week.

Despite sound supplier relationships and arrangements, the company said raw material acquisition to meet rising demand will depend on foreign currency availability through the auction system.

“In addition, further delays in settling allocated amounts will result in the worsening of the Group’s foreign currency exposure,”

“The backlog at the end of the period stretched to almost 2 months and arrears to foreign creditors stood at USD1.7 million. The position exposes the Group to huge exchange rate risks as well as negative impact on supplier relations,” said Proplastics.

Turnover grew by 120 percent to ZW$ 889 million from ZW$ 404 million in the prior period on the back of a 71 percent increase in sales volumes.

Exports grew by 240 percent and contributed 11 percent of total turnover for the period under review. A significant portion of the Group’s revenue was recorded at the interbank rate having been received in United States Dollars.

Cost of sales increased sharply given the global raw material shortages which in turn resulted in sharp upward price adjustments.

Consequently, the Group recorded a gross profit of ZWL257 million compared to ZWL209 million in the prior period.

The statement of financial position remained strong with total assets amounting to ZWL2.1 billion. Borrowings remained minimal with a debt-to-equity ratio of 2%. The current ratio was at 1,9 percent.