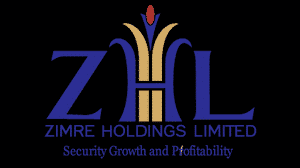 A strong top-line growth in premium income from Mozambican and Botswana operations managed to hedge against the effects of tight liquidity in Zimbabwe which slowed down premium and rental collection for diversified investment holding company, Zimre Holdings Limited during the year ended December 2020.

Zimre Holdings has a vast business portfolio in insurance and property in Zimbabwe and the southern African region.

The Group’s Zimbabwean operations were hampered by hyper inflation which peaked over 800 percent and the COVID-19 lockdowns which disrupted economic activity leading to an 8 percent contraction of the economy in 2020.

Total income for the year grew 11 percent from prior year to ZWL$ 2.8 billion, the company said in its trading and financial update.

“The increase was mainly driven by the strong top-line growth in premium income in Mozambique and Botswana as the units consolidated their respective market positions, the growth in rental income with the coming on stream of property space with high rental yield and the upward reviews of rentals as well as property revaluation gains following the change of functional currency,”

On an inflation-adjusted basis, total claims and expenses declined by 27 percent from ZWL1.9 billion in 2019 when compared to the ZWL1.4 billion registered in 2020.

“The decrease was driven by an overall decline in operating expenses, acquisition costs and claims,”

The Group sustained growth in profitability in inflation-adjusted terms, registering an increase of 107 percent in profit for the year from the ZWL0.5 billion registered in 2019 to ZWL0.9 billion in 2020.

The Group’s financial position remained sound mainly due to the revaluation of investment properties and other non-monetary assets.

Overall, the Group generated cash of ZWL 4.8 billion from operations which were 336 percent up from the comparative period in 2019.

During the year, the Group successfully acquired Zimre Property Investments Limited (“ZPI”) after it had achieved a 100 percent shareholding in the company as it sought to consolidate its operations, strengthen the balance sheet and streamline operational costs in the face of mounting economic challenges.

Fidelity Life Assurance of Zimbabwe Limited (“FLA”) became a subsidiary of ZHL with effect from 4 December 2020 following the successful acquisition of a 67 percent equity stake in the business.