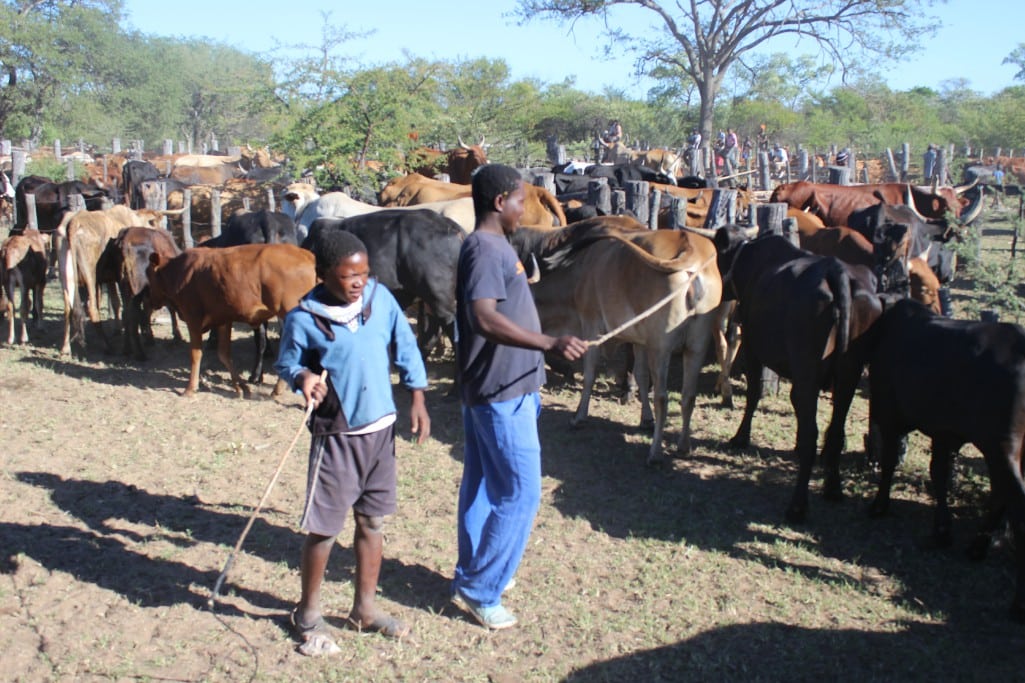 Historically, Zimbabwe has stood out in southern Africa as a leading commercial beef producer. The country was renowned for its efficient commercial livestock buying, and meat processing and marketing system. However, over the last two decades there has been a steep decline in the numbers of large-scale commercial beef farms and feedlots in Zimbabwe.

The supply chain is now largely comprised of poorly organised smallholders producing low quality stock in small volumes. Cattle off-takers – meat processors and abattoirs – face a shortfall in suitably fattened cattle and have taken on the added cost of fattening cattle themselves after sourcing stock from smallholders. Smallholder producers lack the financial resources, market linkages and business management skills to produce the quality and volumes of beef required to meet this need.

As a response to this, the UK government-funded and Palladium-managed Livelihoods and Food Security Programme (LFSP) has facilitated three business models to address these problems and create benefits for both off-takers and smallholder farmers. The LFSP seeks to foster innovative ways of linking local market actors with commercial input and output markets.

In the individual owner model individual owners fattened cattle independently and at their own cost. In the aggregation model farmers grouped their own cattle in communal pens but supplied their own feed. In the partial contract farming model farmers constructed a community pen at their own cost, retained ownership of their cattle, but received feed from the off-taker to whom they supply the fattened cattle in contractual relationship. The shared costs and retention of ownership of the cattle by the smallholders make this a partial rather than a traditional contract farming model.

Of these three models, partial contract farming is achieving the most substantive results for both off-takers and smallholders. While the attitudinal and behavioural change required by rural communities, particularly in the areas of business understanding and the acceptance of different cultural norms in stock ownership, will take time to bed-in, smallholder farmers in partial contract arrangements with Surrey Group, the meat processor, are already beginning to see the benefits.

In 2017, in Mutare and Mutasa districts, 126 smallholder farmers, 50% of whom were women, sold 153 cattle to the Surrey Group, earning a gross income of over USD 59,000 and net income of over USD 12,000. Compared to previous results seen by these smallholders, this represents an average increase of approximately 20% in the net value of each animal after costs of fattening are deducted.

These results show us that, with the right approach, there is clear potential for off-takers and smallholder farmers to benefit from contract farming arrangements. To make this happen, it is important to be innovative and to co-design (with smallholders and other market actors) context-relevant business models that are adaptable and scalable. A clearly defined business relationship in which openness and honesty play a leading role is required to build trust in a contractual arrangement. And appreciating the cultural and social importance of retaining a sense of ownership in contract arrangements is likely another key factor to reviving commercial beef production with smallholders.

Zenzo Sibanda is a specialist in market systems approaches at Palladium and supports the LFSP’s Market Development component as a technical manager.