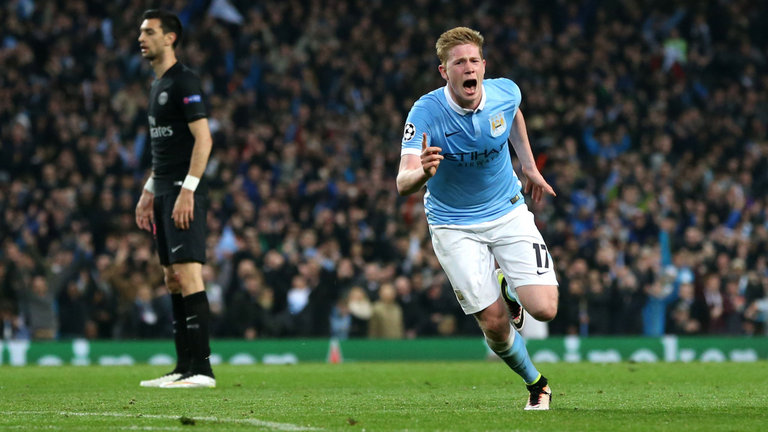 Season is finally over. Its been long, its been crazy. From VAR fucking shit up to no fans in the stands and that ridiculous fake noise on TV where the cheer for a goal comes like 5 seconds after LMAO. And how can we forget the “SUPER LEAGUE”. I am not really going to talk about the games this week, but rather give a grade to the teams based on the season they had. 3 guesses for what Arsenal’s grade will be!

City — A: You have to give City an A for winning the Prem, AGAIN. They didn’t get off to a great start either. Between Pep seemingly having lost interest in football and the defense letting in goals, one would have never thought City would win it. I mean we had Sp*rs and UTD fans talking bout how they would win the title (SMH, dumb asses), it was that bad. But Pep got it together and made Gundogun his star man. At time Gundo was unplayable, scoring goals, making assists, he single handedly took City back to the Top. People have to remember he did this when DeBryune was out of the side due to injury. The emergence of Phil Foden (England’s next great hope) helped as well. But no bigger impact was made than by Dias. this guy is CB under 25 years of age playing in his first season in the EPL, and looked like the 2nd coming of Vincent Kompany. Ok, he may not be the leader Kompany was but as a footballer, OMG, this kid is amazing. He made John Stones look like an elite center back again. In the end it came down to consistency, and City ended up the MOST consistent side. In a season of surprises, 3 games a week sometimes, they had the squad depth to handle the craziness of the year. Congrats to the CHAMPS!!! Shout out to Aguero who will be leaving the EPL. One of the best strikers ever, I don’t think he will ever get the praise he deserves. Part of this is because he plays for a team that has NO fans 🤭. I know, I know, below the belt right? But facts are facts 🤷‍♂️.

UTD — A+: Player fucking two exceeded my expectations. Bear with me people. At the start of the season UTD was going through it. Pogba wanted to leave, they signed a geriatric striker and they still had a PE teacher as their Manager. But you know what? Ole improved this UTD side. he had McGuire looking real solid alongside Lindlof, he implemented the “McFred” midfield that while lacking in forward impetus was a solid base that allowed Bruno to do his thing further up the pitch. Ole even got Pogba back onside and had the Frenchman playing really well. Greenwood looked lively and Cavani, even though old showed his class so many times. The big disappointment was probably Rashford. The number are ok, but his performances were not great at all. If anything I think he has stagnated a bit. Once a nailed on England starter, you got people talking bout Foden on the left instead of Rashford (Yikes). A team I thought would not make top 4 surprised me. I even had Ole being fired in December SMH. 2nd place and possibly a Europa league trophy, most UTD fans would have taken that at the start of the season. Player of the season: Luke Shaw — After being trashed by Mou, Ole has brought the best out of him this season.

Arsenal — D: This fucking team SMH! I don’t even know where to start with the Gunners. So much hope at the start after winning the FA cup the season before. The season started with Ozil being kicked to the curb. Arteta basically saying “you are shit” and laying down the law. Now we were shit without Ozil, but i doubt playing Ozil would have helped anyway. Arsenal was that poor. The Gunners flirted with relegation zone for a couple weeks, languishing in 15th after a run of like a 100 games without a win. Arsenal just weren’t losing games, they were losing games at home to fucking Burnely and bloody Aston Villa. Aubamayeng went AWOL. We always wondered what would happen if Auba didn’t score, well, now we know. The Gunners are a million miles from being an elite team. Most of that team is garbage and needs to be thrown away. Hear me, I said THROWN AWAY, not sold but straight binned. Reason the Gunners don’t have an F Grade is because of the youngsters. Smith-Rowe, Saka and Martinelli. These kids stepped up and IMO saved Arteta’s job. The other silver lining was finally getting rid of SHIT like Mustafi, Kolasinac, Sokratis and Ozil. What does the future hold for Arsenal? Well, with an absent owner, a novice coach and a squad where the youngsters lead, ummmm there is no light at the end of the tunnel. Mid-Table team for the next 10 years. Gaddamn shame.

Liverpool — C+: made it into the top 4 on the final day of the season. Liverpool struggled all season after VVD, Gomez and a bunch of injuries. I mean you really cannot account for Pickford going full Roy Kean on VVD’s knee it like that. Showed just how important he is to how Liverpool plays. Here’s the thing, I have ZERO sympathy for Liverpool. They got super lucky in with injuries tha last couple years. This was bound to happen. Couple that with the front 3 going off the boil, especially Mane, who had some SHOCKERS this season, and Liverpool were always going to be in a fight for top 4. The signing of the season IMO was Jota though. This dude was on fire, when he was fit of course, which wasn’t very often. Liverpool need to make some signings this season, particularly at CB and Midfield, maybe even sell one of Salah or Mane to freshen things upfront. Still, they made the top 4 given all the setbacks. That’s got to count for something.

Chelsea — C: So at time of writing Chelsea hasn’t played the CL final yet. Starting the season with Fat Frank at the helm after splashing 250 mil on new players, Chelsea got of to a decent start. COuldn’t keep clean sheets for nothing though, and when that happened the losses came. Coupled with and underwhelming Havertz and woeful Timo Werner, Chelsea had no choice but to can his ass. In steps Thomas Tuchel, fresh off of leaving PSG. Credit to him he got a tune out these players. Even Harvertz started to look a little bit dope. Timo still couldn’t finish for shit though. So Tuchel built his team around a solid defense, and decided he would nick a goal here and there when he could. Chelsea looked great. Imagine them with a Haaland or Harry Kane. I mean FML, they would be instant title contenders, and you know they going to spend money this summer. But, an FA Cup defeat to Leicester, a final day defeat to Villa and Chelsea suddenly looked average. I mean, they did everything to throw away Top 4 and got lucky that Brenda shit the bed again. If they lose the CL final, they walk away with nothing this season and Abramovich won’t stand for that. He will dipping his hand in his pocket and expecting Tuchel to do some damage in the league next season.

Sp*rs — D: The north London clubs are as bad as each other. I predicted Mou would shit where he eats again, and he did. I mean this dude can’t help himself. He is finished as an elite coach. I mean how he continues to convince teams he is the guy to take them to the next level is beyond me. Good Luck Roma, you will need it. Sp*rs at the start of the season thought they were hot shit. We got Gareth Bale they said, ugh!! The dude stunk up the joint, interested in playing golf. He is no longer a soccer player. Still Sp*rs looked great for hot minute, actually thought they were in the title race for a bit. Mou did his thing though, alienated players, threw them under bus to the media. I mean he can’t help himself. Players stopped playing for him, the football was shit and even Delli got a shitty haircut to match the club’s mood. Here is the thing with Sp*rs; Kane has to and probably will leave, Son might also look at his career and think he can do better elsewhere. If this happens, I don’t see a way back for Sp*rs. Even Gareth Bale was talking about using them to get match fit for Euro’s. The disrespect was real LMAO. The next manager has his work cut out for him, whoever that is.