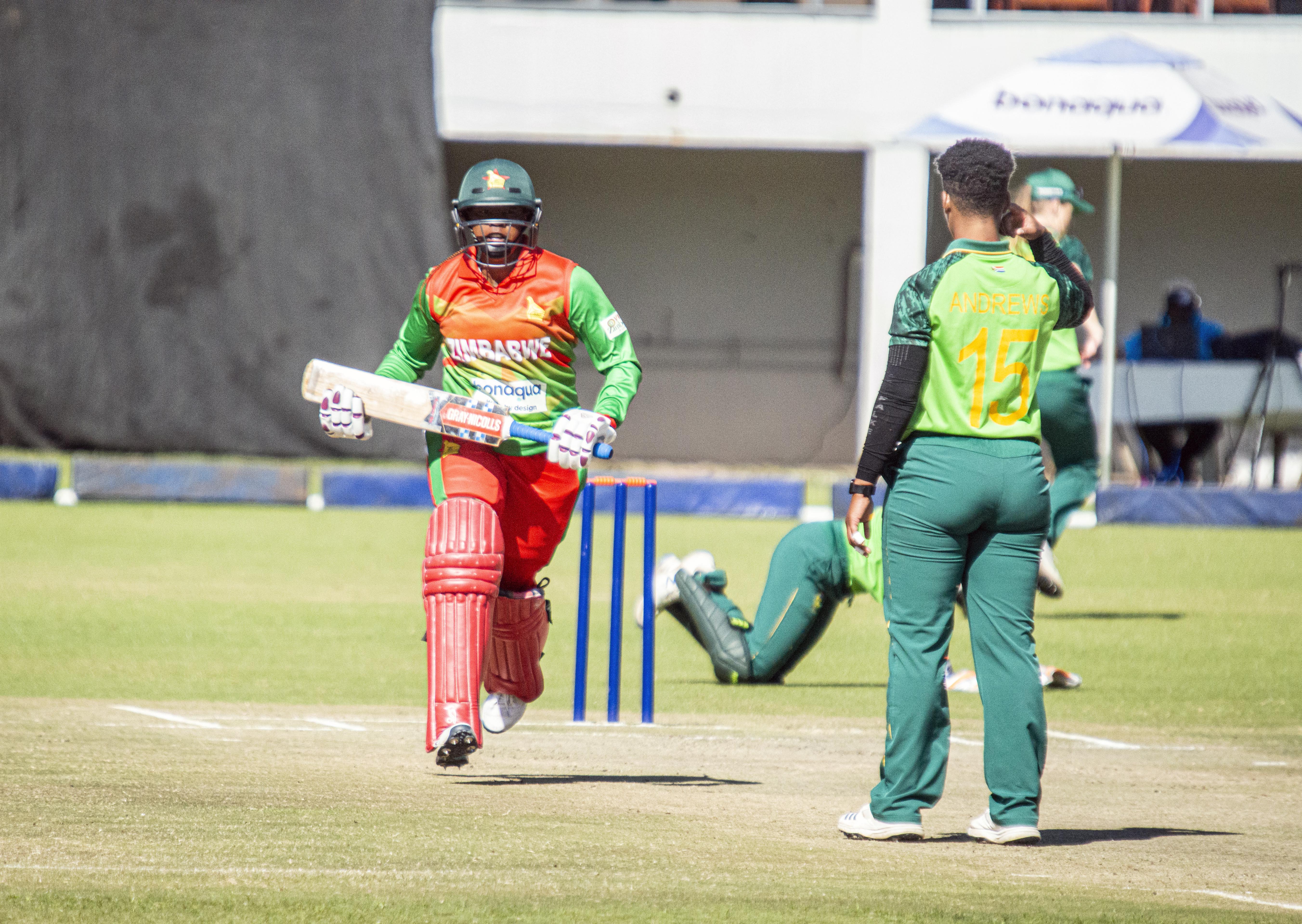 After winning the toss this time round, the hosts elected to bat for the first time in this series.

Their fortunes, however, did not change as they endured a terrible start to their innings, losing Modester Mupachikwa (3) and Pellagia Mujaji (0) to two consecutive deliveries in the second over bowled by Michaela Andrews.

Chiedza Dhururu and Christabel Chatonzwa then lifted the home side from eight for two with a 50-run stand that was only broken when the former was caught at the wicket off a Delmi Tucker delivery in the 19th over.

Josephine Nkomo, who had scored three half-centuries – two of them unbeaten – in the previous one-dayers, this time round only faced five balls before departing for one, bowled by Jade de Figueiredo in the 20th over to leave Zimbabwe Women in turmoil at 59 for four.

Four overs later, the same bowler returned to shove the hosts into deeper trouble, trapping Chatonzwa lbw for 21, with three boundaries, off 61 deliveries; 72 for five.

By the 28th over, it was 85 for seven after Nyasha Gwanzura (4) was bowled by Khayakazi Mathe before, seven deliveries later, Loryn Phiri was out caught and bowled by Andrews without getting off the mark.

Precious Marange and Tasmeen Granger took the team past 100 in the 32nd over as they offered their team the last hope of mustering a defendable total.

Masabata Klaas then struck a double blow in the 36th over, bowling Granger for a 26-ball 20, with two fours, and Audrey Mazvishaya for a golden duck off successive deliveries to reduce Zimbabwe Women to 108 for nine.

Nomvelo Sibanda survived the hat-trick ball but it was not long before the innings folded at 137 in the 40th over when Leah Jones bowled Marange for a fighting 40, which included six boundaries and came off 55 balls.

Sibanda was left not out with five.

Andrews finished with three wickets, while Klaas and Figueiredo each had two.

In response, South Africa Emerging Women only required 24.4 overs to overhaul the home side’s total without losing a single wicket, as Steyn and Brits barely broke a sweat in putting up an unbroken opening stand of 138 runs.

Brits was the more aggressive of the two, facing 61 balls and blasting eight fours on her way to 67 not out.

On the other end, Steyn finished with 61 not out, including five boundaries, off 87 deliveries.

With the 10-wicket victory, the tourists are now leading 4-0 in the series, with the fifth and final game between the two sides set for this Wednesday.