Tuskers On The Verge Of Clinching Pro50 Championship 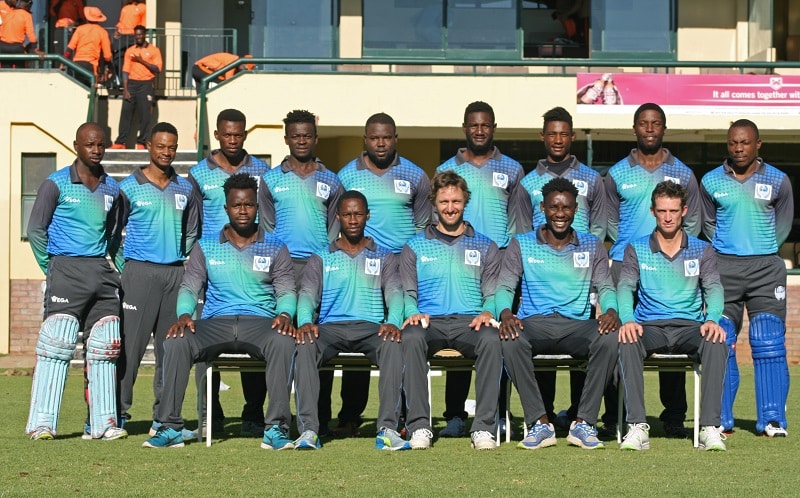 Bulawayo Metropolitan Tuskers are on the verge of winning the Pro50 Championship, despite their unexpected loss to Midlands Rhinos last Sunday.

With 14 points from their four matches so far, they have a six-point lead over Manicaland Mountaineers, their nearest rivals.

All they need is one victory in their remaining two matches, and they will be aiming to achieve that on Friday against Mountaineers at Mutare.

Two main factors contributed to Tuskers’ defeat last Sunday: the poor batting of most of their team, when Sean Williams hit 101 and Richmond Mutumbami 66, but nobody else reached 20, and the superb century for Rhinos by Solomon Mire, who finally came good after his return to his homeland.

In the shortened form of the game one outstanding individual performance can easily turn a game, but even Mire needed support from the middle order, and Tuskers will need more of their batsmen to come good if they are to win consistently.

In Williams, Mutumbami and Craig Ervine they have three outstanding batsmen, but as they found in the Logan Cup the batting is too dependent on them.

Charles Kunje has made great strides this season, but it is time for Brian Chari to stand up and make full use of his great talent, instead of just producing the goods every now and again.

Brian Vitori is Tuskers’ wild card among their bowlers: his seven wickets devastated Harare Metropolitan Eagles when the teams met in Bulawayo last week, but he was rather ineffective against Rhinos.

Chris Mpofu has not often produced his best form with the ball for Tuskers this season, and if these two do not fire against Mountaineers then their team may be vulnerable.

Mountaineers have the strongest squad of all the four provincial teams, but this is less to their advantage when most of the national team players are available for this competition, and they have not always done so well in one-day cricket.

Friday’s is a must-win match for them, as another Tuskers’ victory will sew up the championship for them with a round to spare.

Consistent performances by both batsmen and bowlers brought them their hard-earned victory over Eagles last Sunday, their top scorer being the promising opener Innocent Kaia with 70, while all the bowlers shared the wickets.

On paper Mountaineers have a stronger side than Tuskers, so this will be a fascinating battle.

Should Tuskers lose, the winner of the other match, Rhinos versus Eagles in Kwekwe, will still be in the hunt for the title.

Eagles have traditionally been a strong one-day side, and they also have the reputation of being a team that rises to the occasion when it really matters, so they could well rise to the challenge — although all will be in vain if Tuskers win in Mutare.

Eagles have Regis Chakabva, Chamu Chibhabha and Sikandar Raza as their leading batsmen, together with a very capable seam-bowling attack.

It is also time that Elton Chigumbura showed that he is not a spent force and came good with the type of devastating innings only he can play.

Rhinos have a rather thin squad, but players of the calibre of Mire, the aggressive opener Bothwell Chapungu, Malcolm Waller, PJ Moor and Graeme Cremer are all capable of turning matches with the bat.

Prince Masvaure has been in fine form this last year, and Tinashe Panyangara, Mike Chinouya and Neville Madziva form a daunting seam-bowling trio, to be followed by Cremer’s spin.

Two intriguing matches are in prospect, but the championship is there for Tuskers to take if they are good enough on the day.

Dandemutande CEO Shines At The Institute of Directors Awards Ceremony