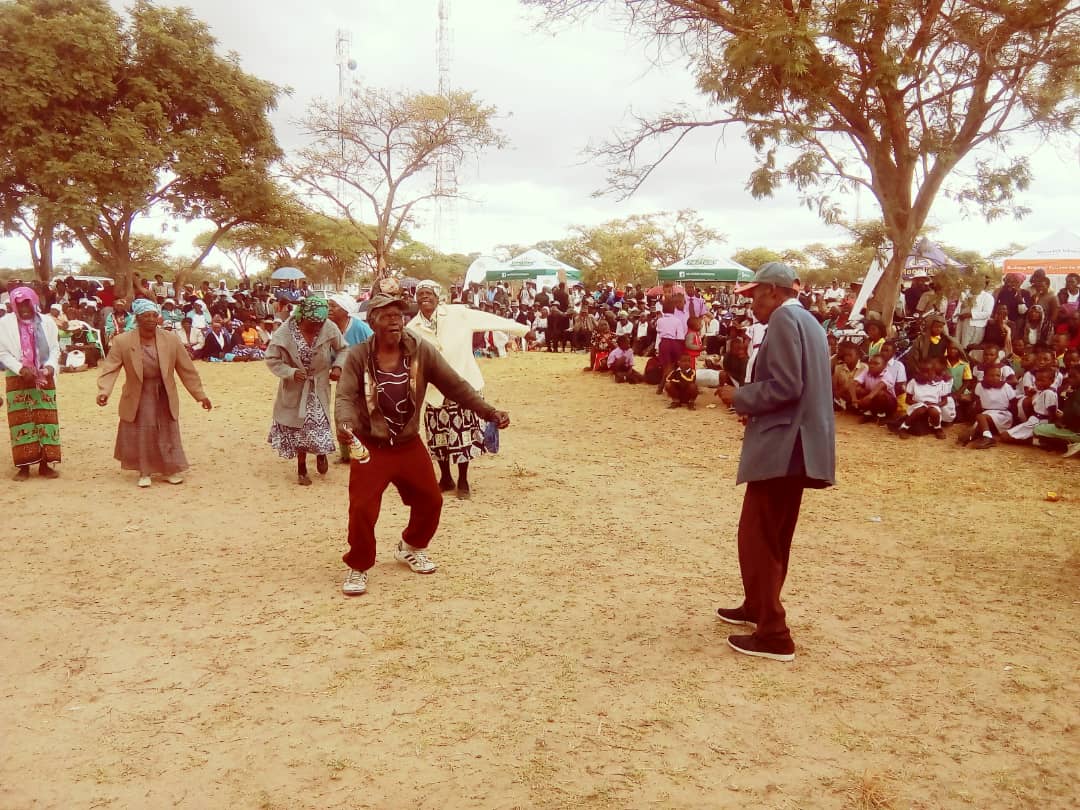 The United Nations International Day for Older Persons falls on 1 October every year. This year it was commemorated under the theme celebrating older human rights champions. Belated commemorations were held on Friday 23 November 2018 at Mahusekwa district hospital in Marondera.

Island Hospice & Healthcare participated in the event given the organization operates a branch in Marondera and is piloting a model to improve the health of older people by empowering them to become agents of their own change.

Representatives from the District Administrator’s office, the Ministry of Public Service Labour and Social Services, Ministry of Health and Child Care, the National Age Network of Zimbabwe (NANZ), chiefs, the private sector, NGOs, older people representative organisations and older people champions among others were in attendance.

In line with celebrating older human rights champions the event was run and owned by older persons with Gogo Mufuta and Gogo Nyamande sharing the master of ceremonies platform.  Speeches centred on the important role that older people play in society emphasising their role as custodians of culture. Older people were also noted to be key carers of orphaned and vulnerable children.

Dr Guvheya, the former chairman of the Zimbabwe Older Persons Association (ZOPO) praised the constitution which enshrines the rights of older people. He challenged government to operationalize provisions of the constitution and other pieces of legislation to enable older people to enjoy their rights.

Dr Guvheya also spoke about the challenges faced by older people, including witchcraft accusations and property grabbing.  He lamented on the current environment where pharmacies are demanding payment in foreign currency for medicines. This point was emphasised throughout the day as older people are in need of holistic health care and support as many are living with diseases including HIV, cancer, diabetes and dementia yet they have lost the capacity to generate income to access health services.

Further to this there was also discussion about human rights violations against older persons with Gogo Munetsi reporting that the rights of older people have been “trampled upon by society”.  Service providers were challenged to be more age friendly to older people which includes allowing older persons to the front of queues.

The event was a success. The day included entertainment, poetry, speeches and dancing. One older person said of the commemoration “this gathering is the first of its kind in Marondera district. We have never seen older people coming together in their numbers like we have seen today. Today is a great day for Marondera community”.

Mr Muchena, one of the commemoration participants praised organisers of the event reporting that “old age has been recognised”. Another said the day provided a lot of knowledge and he now felt “empowered by the speeches to demand his rights where need be”.

One elderly women said she was happy to hear about the call for universal pensions for all older people as it instilled hope for a brighter future for older people. Another said ‘I will spread the knowledge gained from this gathering to other older persons’.