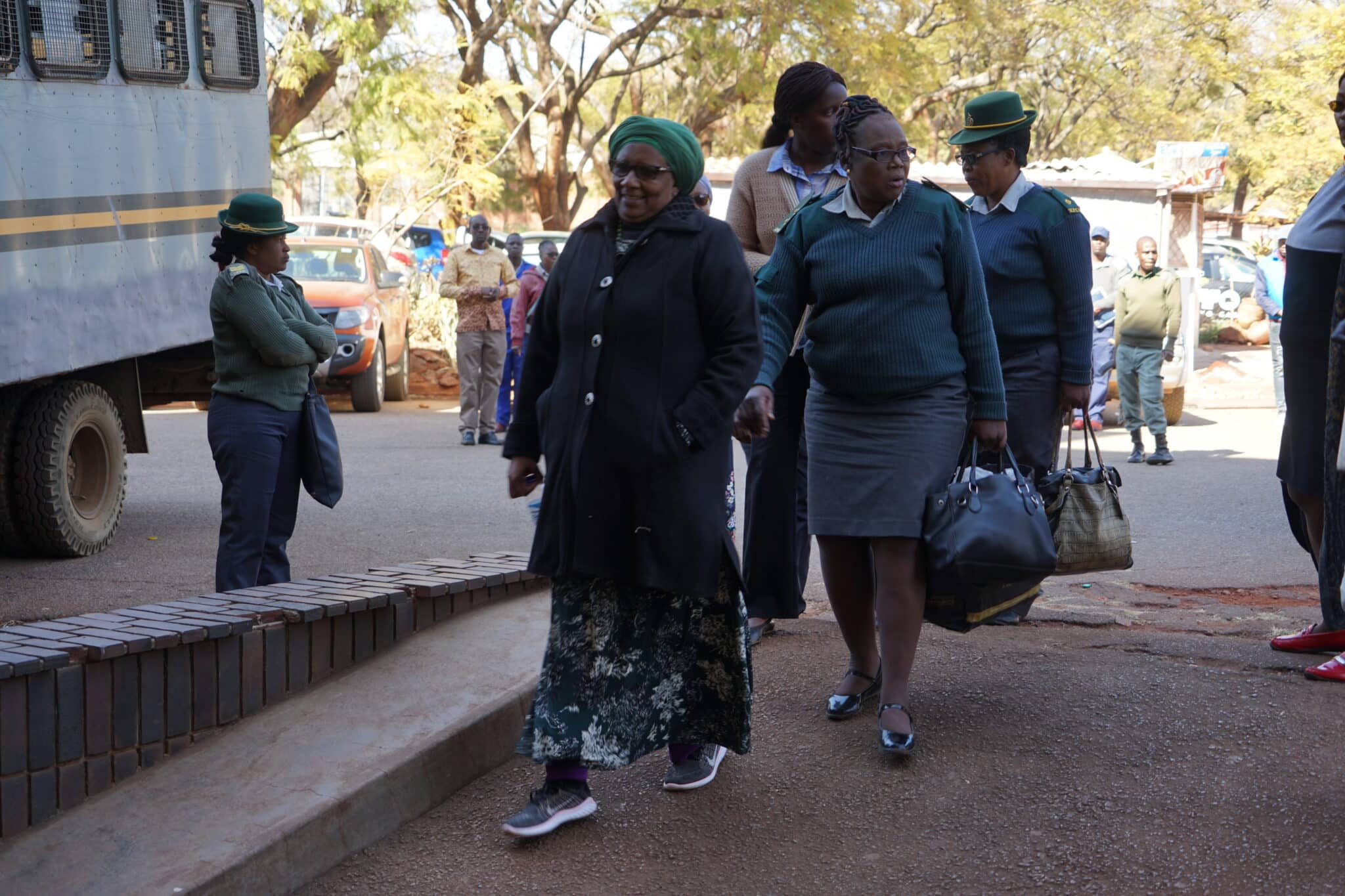 Mupfumira, who has other pending charges of corruption and abuse of office, which saw her perish in remand prison for a month, was yesterday jointly charged with former Secretary for Public Service, Labour and Social Welfare Ngoni Masoka.

The charges also emanate from an incident where she used money from the ministry to sponsor people who attended her child’s wedding in Cape Town, South Africa while she was still the minister.

The court heard that in 2013, a local bank defaulted in repaying  a US$25,3 million investment loan to NSSA that was secured with properties worth around US$32 million.

The allegations are that NSSA took over the bank’s properties that it held as surety to a value of US$25,3 million on a purchase/sale agreement.

As a result of the default, NSSA classified the bank as a high-risk client not worth trading with.

In December 2014, Mupfumira was appointed Minister of Public Service, Labour and Social Welfare and five days after her appointment, she allegedly held a meeting with the bank’s representatives at the ministry’s offices where minutes were recorded.

On December 16, 2014 Mupfumira and Masoka reportedly held another meeting with the then NSSA general manager James Matiza and the bank’s officials at the ministry offices.

It is the state’s case that the fired tourism minister, Mupfumira instructed NSSA to financially bail out the bank to the tune of US$15 million as it was facing liquidity challenges.

NSSA reportedly declined since the bank had previously defaulted over the US$25,3 million loan      advance.

Mupfumira allegedly disregarded all that and went on to give Matiza instructions to seriously consider the bank’s loan request and process a loan of US$15 million to settle the bank’s US$5 million depositors credit and US$10 million for use in housing projects and bring feedback the following day and no minutes were recorded.

The court heard that NSSA resolved to decline the US$15 million loan request after considering the bank’s risk status, but Mupfumira and Masoka forced the authority to buy the bank’s properties worth US$4 908 050.

The state is also alleging that after buying the properties and after NSSA had transferred money into the bank’s account, Mupfumira received US$44 600 from the bank through her company, Beautyview Investments Pvt Ltd, where she is a director together with her children.

It is alleged that when Mupfumira received the US$44 600, she was aware that the deposits were proceeds of crime and that they were meant to disguise the true nature, source and location and disposition or ownership with respect to the money.

All the money was used to offset a negative balance on her company account of US$39 777,14.

The court heard that sometime in July 2015, Mupfumira and Masoka unlawfully caused the purchase of a Toyota Land Cruiser VX-L 200 series from Croco Motors using US$90 000 corruptly obtained from NSSA on June 2, 2017.

Mupfumira directed her ministry’s finance director Memory Mukondomi to write a letter to CMED misrepresenting that the vehicle bought using NSSA funds was a NSSA vehicle, inferring that it would be taken back as it was appearing in NSSA audited financial statements.

It is alleged that as a result of the misrepresentation, CMED issued Mupfumira with a Jaguar.

Masoka accepted the vehicle into the ministry and wilfully neglected to inform the President and Cabinet as the appointing authority.

The court heard that Mupfumira effectively ended up having three personal cars instead of two, according to her conditions of service.

Sometime in October 2017, after she left the ministry, Mupfumira allegedly asked to buy the three vehicles and was given permission to do so knowing fully well that they were proceeds of  crime.

In 2016, she instructed Mukondomi to pay tickets for her aides — Kutyamadzo Shumbayaonda, Sphiwe Dhliwayo and Alexandria Bwerinofa — using government funds.

The three were to attend her daughter’s wedding in Cape Town, South Africa. It is alleged that on December 15, 2016 Mupfumira and Masoka unlawfully authorized payment of the air tickets from the Ministry National Drought Fund RBZ account.

They authorized Mukondomi to pay additional air tickets for seven Ministry directors and that of Masoka to travel to the same wedding.

It is alleged that the two purported that the officers from the Ministry were travelling on government business.

Regional Magistrate Hosea Mujaya ordered Mupfumira and Masoka to abide by bail conditions that apply to their previous records after prosecutor Michael Reza requested so.