We Are Poorer Without Mugabe: Zanu PF 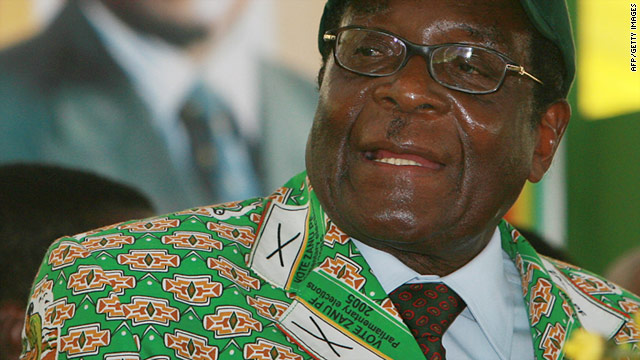 The ruling Zanu PF has described the death of former president, Robert Mugabe (95) who died in Singapore Friday as a loss of a critical part of their history.

In an interview with 263Chat, Zanu PF deputy secretary for youth, Lewis Matutu described Mugabe as a paragon of wisdom who played a critical role in the formation and development of the party.

“Zanu PF history will be incomplete and doctored without talking about former president Mugabe. He has been instrumental in the formation of the party and the development of the organization. He contributed a lot in the liberation of the country. He has brought back to the Zimbabwean people, we are amongst the very few of African countries who own their land,”

“As a party something that is critical has been taken away from the party’s history and from the party’s pool of knowledge because I’m sure one way or the other he could have been adding more and more relevance to the organization. We are poorer without him,” said Matutu.

Mugabe oversaw the formation of the Zanu party becoming its first secretary in the early 1960s, rising to become its leader and President of the independent Zimbabwe.

Matutu was unapologetic to the late veteran leader over the events of November 2017 describing the miliary intervention as timeous given that there were some rogue elements within the party that were spearheading a divergent agenda taking advantage of his senility.

“Each and every revolution has a lot of stages that require different actions and decision to be taken. It is not new that leaders in revolutionary parties at some point have to be replaced. It is equally important to note that it was necessarily the fault of the late President Mugabe as we look at what was happening at the time it was the fault of other people who were taking advantage of his age, to destabilize the organization but that was necessary that’s why Zanu pf is still moving forward,” said Mathuthu.

Mugabe passed on in the early hours of Friday in Singapore after battling a long illness.

He leaves behind a deeply contested legacy characterized by an impressive education and healthcare system ever seen on the African continent in  his primitive years in power but is somewhat blemished by human rights abuses and unrelenting corruption under his rule in the later stage of his reign.

Let Not Enermies Tell Us How To Remember Mugabe: Malema