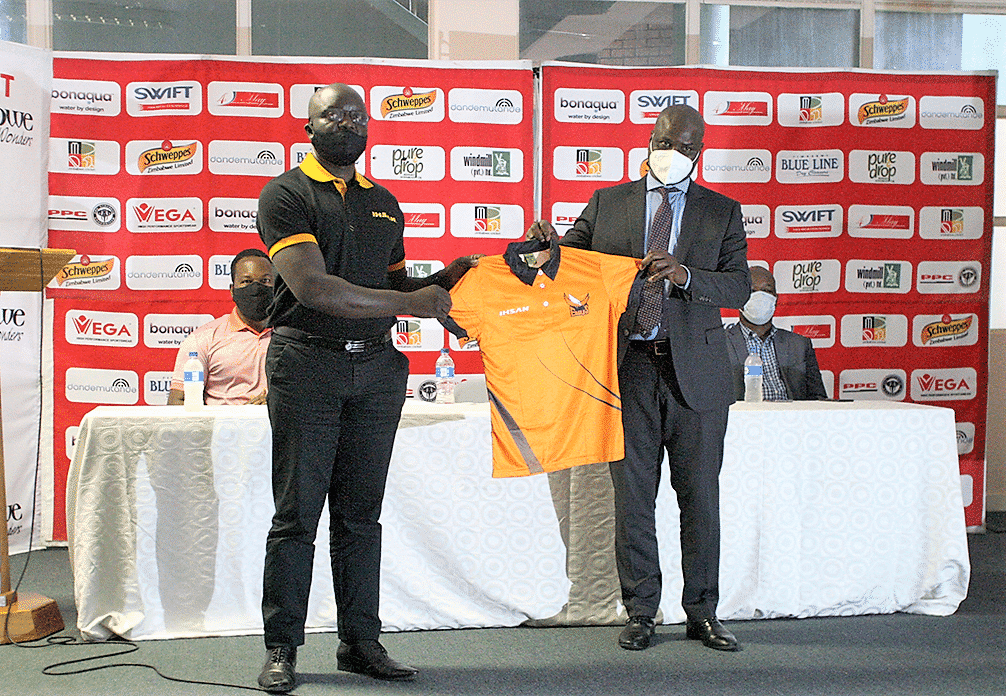 Zimbabwe Cricket (ZC) has clinched a kit deal with Ihsan International for the upcoming limited-overs series in Pakistan.

The sponsorship package, worth US$30 000, will see the Pakistan-based sports goods manufacturer supplying playing, training and travel wear to Zimbabwe’s touring players and members of the support staff.

“I am delighted to unveil the US$30 000 kit sponsorship for the Zimbabwe national cricket team,” Ihsan International director Majid Khan said.

“The kit sponsorship is for the 32 members of the Zimbabwe national cricket team for use during the upcoming tour to Pakistan which starts from the 20th of October 2020.”

The new playing shirt was presented to President Emmerson Mnangagwa and his deputies as well as to several ministers during a ceremony held at State House in Harare on Tuesday.

The Pakistan tour kit deal is over and above the US$70 000 sponsorship contract that ZC and Ihsan International had already sealed for the supply of kit to four women’s provincial teams and two men’s regional select sides.

An Ihsan International representative, Kingston Makiwa, unveiled the kit for the women’s teams – Eagles, Mountaineers, Rhinos and Tuskers – during an event held at Harare Sports Club on Wednesday to launch women’s inter-provincial one-day and T20 competitions.

ZC Acting Managing Director Givemore Makoni has thanked Ihsan International – which previously supplied uniforms for Zimbabwe and domestic sides between 2004 and 2007 – for the latest sponsorship packages.

“On behalf of ZC, I would like to express our gratitude to Ihsan International for teaming up with us again for the Pakistan tour as well as for our women’s domestic cricket and men’s regional select sides,” he said.

“Seeing our teams neatly kitted out in such quality wear gives us joy and we have no doubt that will also motivate our boys and girls to perform to the best of their abilities.”

Apart from the kit deals, Ihsan International has also been sponsoring a few individual Zimbabwe players with cricket equipment.

Zim-Algeria Match To be Played In Empty Stadium