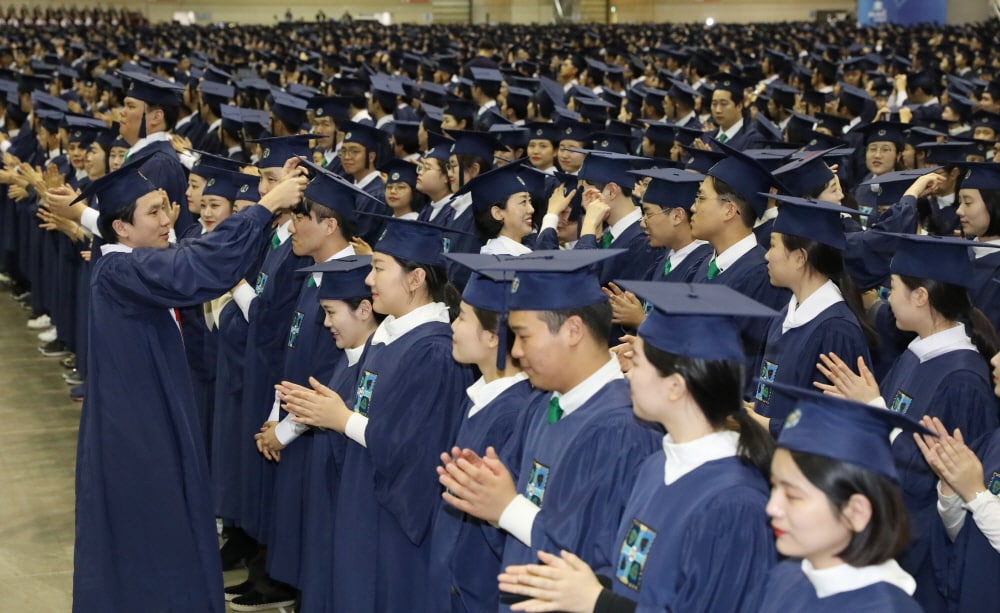 Over 100 000 Bible students from across Europe, Asia and Africa on Sunday graduated at the Zion Christian Mission Centre in South Korea.

The graduates from South Africa, South Korea, New Zealand and other countries successfully completed a six months free course covering the basics of the Bible as well as advanced content from Genesis to Revelation.

However, the main event of the graduation ceremony was held in South Korea’s Gyeonggi Province where approximately 60,000 graduates were present.

The event, the first of its kind in modern religious society, even as many Christian denominations report declining congregation numbers in the face of secularization throughout the world. Yet students have flocked to the ZCMC in the last year, outpacing the growth the organization has seen historically.

“My aim at the beginning of this course was to accumulate knowledge to help me succeed as a young professional.”

“However, when I  started the Bible study I was able to see myself clearly for the first time. The course has transformed my mindset and my value system. I now understand the heart of God as revealed through the Bible; His purpose for creation and how I should live a life of faith based on God’s true will.”

“Today, I graduate with a clear purpose and hope. That is if we as people of this world can become one in heart we can heal the world.” a graduate based in South Africa said on Sunday.

The rest of the graduating class joined the event through a live-streamed broadcast in countries such as the U.S, Canada, the U.K., New Zealand, Australia and Germany.

Together the graduates participated in a performance of song that culminated in a multi-coloured exhibition of lights, representing the diversity and unity of the graduating group and showing the 12 jewels promised in the book of Revelation.

Southern Africa was also represented at the graduation with students coming from South Africa, Namibia and Zimbabwe. The Students are among the ZCMC’s more than 500 schools worldwide, where students are admitted to study the entire Bible free of charge.

The organization has seen students from all walks of life, different cultures and various ages enter through its doors to study Christian scripture.

“I wanted to study the Bible because I realized that I did not understand the Bible.”

“Even when I tried to read it on my own I could not relate to it. I also wanted to study the Bible because I wanted to know what my purpose is.”

“What kept me on the journey of studying at the Zion Christian Mission Center was the word that is taught. The word is clear and logical, directly from the Bible. The word finally made sense to me and answered all the questions I had about God, my life, my future, my hope as a believer and my purpose.” another student said.

The ZCMC welcomes students from all Christian denominations as well as other religions that wish to understand the Bible and its overarching theme and purpose. A survey conducted among the 103,764 graduates showed that 41.7 percent were believers practicing their faith under pre-existing Christian denominations such as Protestantism and Catholicism.

The organization also seeks to work with community and religious leaders in regions where it is active, with the goal of promoting harmony, restoring dignity and raising citizens with hearts of volunteerism.