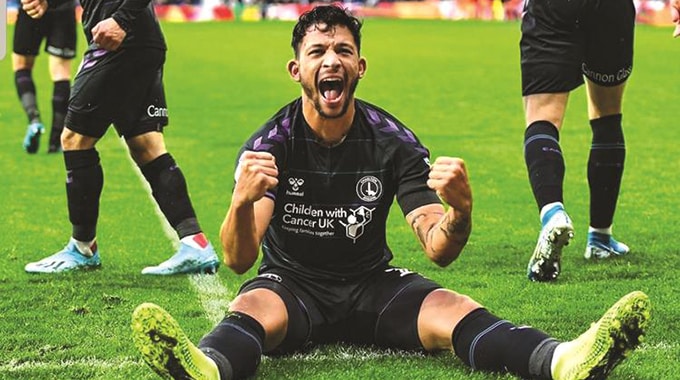 Charlton Athletic striker Macauley Bonne is set to delay his Warriors debut after being ruled out of the warriors, Botswana tie at the giant national Sports Stadium this Friday.

Bonne was all but set for his debut appearance in the tournament after he was issued with a Zimbabwean passport last week together with Adam Chicksen.

Warriors team manager Wellington Mpandare confirmed the development and made it known that Bonne was being excused to undergo some medicals at his club.

“It’s unfortunate Bonne will not be part of the team. He is out of the game together with Tino Kadewere. However, will not be replacing the two players,” said Mpandare.

Mpandare added that the Warriors technical team will work with the 22 players that remain available for selection.

“We will work with the 22 players that we already have”.

Bonne was one of the few UK-based players retained in the trimmed 24-man squad.

Zimbabwe’s sole representative in the English Premier League Marvelous Nakamba who plays for Aston Villa is expected in the country on Tuesday after featuring for his club in a 2-1 defeat to Wolves on Sunday.

South African based contingent is expected in the country today.